In Hawassa City in southern Ethiopia, 250 kilometres from the capital Addis Ababa, 24-year-old Mitike Paulos, her younger sister and three friends are busy producing leather bags and belts for sale. Mitike and her sister learned the craft from their brother, who teaches at the government-run Leather Industry Development Institute in Addis Ababa. They started business in 2011 with a 35,000-birr ($2,000) loan from a small-loan lender. Today their business employs 10 people and as they plan to expand production, they also hope to hire more workers. “The more we work, the more we grow,” says Mitike.   A young man uses a sewing machine during vocational training for street children in Ethiopia. Photo Panos, Robin Hammond

The Ethiopian government is encouraging young people to start small businesses in order to reduce the rate of youth unemployment, officially estimated at more than 50%. With 90 million people, the country is the second most populous in Africa, producing over 150,000 graduates each year. The government now wants to channel skilled labour into the massive-scale construction projects that have been springing up across the country in such areas as hydropower, railway lines, roads, housing, water supply and irrigation.

Young Ethiopians who want to become entrepreneurs are encouraged to organize themselves in groups in order to access microfinance. They are then trained by the state-run Federal Micro and Small Enterprises Development Agency in business start-up and management skills. The agency also gives financial support to youth starting small and medium-size enterprises in areas such as textiles, leather, agriculture, trading, wood and steel.

Ethiopia’s ambitious five-year Growth and Transformation Plan (2010–2015), which includes developing industrial cluster zones and constructing 10,000 miles of road networks, is expected, upon completion, to reduce unemployment considerably. The plan also includes increasing power generation from its current level of 2,000 megawatts to 8,000 megawatts, and building a 1,500-mile standard-gauge rail line. These projects have already employed hundreds of thousands of young people and further recruitments are ongoing, according to officials.

Official data shows that in both formal and informal sectors, over 1.4 million jobs were created between 2006 and 2010, and over 1.2 million between 2011 and 2012. Many of those hired were young people.

But not everyone is satisfied with the government’s efforts to reduce joblessness. Samson Wolle, a senior researcher at the Access Capital Services Share company, an Addis Ababa–based business and research firm, faults government’s “massive projects”: he says these often require years to complete and that once they are completed their operation requires less labour. The result is that thousands will once again go into unemployment. He would like to see sustained financing of existing small businesses in order to promote their expansion and growth.

Mr. Wolle believes there must be an investment-friendly climate to attract domestic and foreign investors to labour-intensive technology industries. Improved access to electricity and clean water, and to quality education, hospitals and other social services, is a starting point. Such interventions, he further argues, will mitigate urban migration and encourage young graduates to work in the rural parts of Ethiopia, which are currently in dire need of educated and skilled workers.

Despite such criticisms, analysts generally agree that Ethiopia is on the right course in tackling youth unemployment 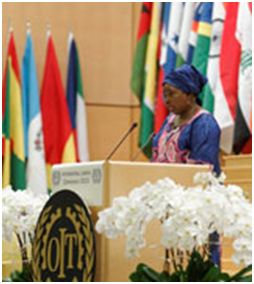