Wrap Up of WAAPP Supervision Missions in Sierra Leone 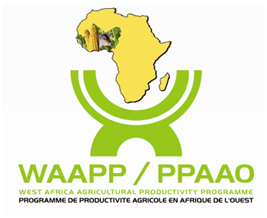 Wrap Up of WAAPP Supervision Missions in Sierra Leone

Dakar, 18 April 2013. All stakeholders and partners of the West Africa Agricultural Productivity Program (WAAP) will meet from 22nd to 26th April 2013 in Freetown, Sierra Leone for the ‘Wrap Up’ of the supervision missions under the auspices of the Head of State of Sierra Leone, HE Dr. Ernest Bai  Koroma.

For the first time since the launching of WAAPP in 2008, a Head of State will participate actively in the activities of the program. This is a strong signal of commitment of policy-makers towards the development of agriculture which serves as the foundation of the economy in most African countries, especially those of West Africa.

Since early March 2013, joint teams of the World Bank, CORAF/WECARD and partners have conducted supervision missions across 13 countries implementing the program.

The programme commences from the 22nd to 23rd April 2013, will serve as a fora for participants to discuss the major results coming from the implementation of WAAPP since the last meeting held from 10th to 12th October 2012 in Dakar, Senegal.

From the 24th to the 25th of this meeting, the focal points on environmental issues will be trained on the environmental and social safeguard aspects of the programme.  Additionally, a day will be utilized to inform partners  and participants about the opportunities offered by the programs of the Consultative Group on International Agricultural Research (CGIAR) in the framework of the Comprehensive African Agriculture Development (CAADP). The principles of the support of Development partners in the implementation of CAADP will also be explained on this day.

The opening ceremony of this regional meeting will commence on the 22nd with key note addresses from the Minister of Agriculture Forestry and Food Security (MAFFS) of Sierra Leone, the Executive Director of CORAF/WECARD, the Representative of the World Bank, the ECOWAS Commissioner in charge of Agriculture and Water Resources and the President of the Republic of Sierra Leone.

The West Africa Agricultural Productivity Program (WAAP) is a ten-year program initiated by ECOWAS and consists of a series of programmatic loans adaptive (APL) projects funded by the World Bank. The goal of WAAPP is to make agriculture more productive and sustainable while promoting regional integration. Specifically, it provides a sub-regional framework  on which the ECOWAS countries collaborate to develop agricultural strategies, national and regional, for the generation, dissemination and adoption of technologies considered as priority commodities to the implementing countries. The main objective of WAAPP is to contribute towards increasing the sustainability of productivity in the agricultural sector. The main priority agricultural commodities for participating countries are also considered as regional priorities.

The first phase of WAAPP consists of four series: (i) WAAPP 1A, which includes Ghana, Mali and Senegal, is at the end of its first phase, (ii) WAAPP 1B, including Nigeria, Burkina Faso and Côte d’Ivoire, was approved on September 30, 2010 by the Board of Directors of the International Development Association of the World Bank (IDA) (iii) WAAPP 1C comprises Benin, Gambia, Guinea, Liberia, Niger, Sierra Leone and Togo was approved March 24, 2011, (iv) WAAPP 1D, which include the Cape Verde and Guinea-Bissau, is under preparation.