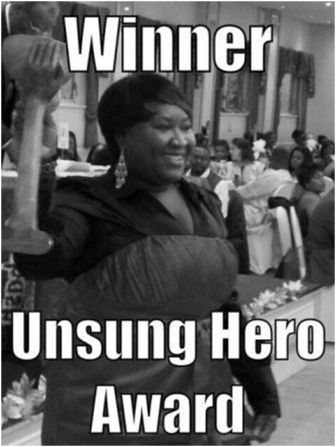 Founder of Melqosh Mission International – a UK based Non-Profit Organisation, has been awarded the much celebrated and reputable Unsung Hero in the Debut Honorary Unsung Heroes Awards organised by Calabash Magazine.

Faith Okrafo-Smart (in photo) secured the award in the Charitable Category during the awards night that brought a culmination of the  battle of votes, the much anticipated and talked about recognition of Sierra Leone’s prolific “Societal Bridge Builders” in the UK and abroad on Saturday 6th April 201 at the Impressive La Royale Banqueting Hall in  North London .

The Notable event was graced by the High Commissioner, His Excellency Edward Turay and other distinguished persons. This Awards Ceremony was created to pay tribute to those who diligently travail in their niche, making societal contribution and making a difference in the lives of many.

Okrafo-Smart was rewarded for her tireless, humanitarian work with the forgotten war affected amputees in Sierra Leone, after she was nominated by the general public because of her sacrificial planting of her finances and resources in the reduction of extreme poverty amongst the amputees.

Faith dedicated the award to the Amputees of Sierra Leone while delivering her acceptance speech.

“This Award is dedicated to  the Amputees of Sierra Leone who lost their limbs during the war and have been swept under the carpet by our society, they are the TRUE UNSUNG HEROES”.

Faith is even more zealous to continue with plans for the Charity’s Agenda for Amputees – A4 A Strategy.

She stated “Our mission for this year is to establish an IT school for the amputees and disabled females in Sierra Leone, set up a mobile healthcare for the amputees and their dependants to reduce the high mortality rates and to provide educational sponsorship for the children of the amputees, including the orphans of deceased amputees.”

She is appealing to Sierra Leoneans and Friends of Sierra Leone to partner with this great venture in changing the lives of the most destitute in Sierra Leone. 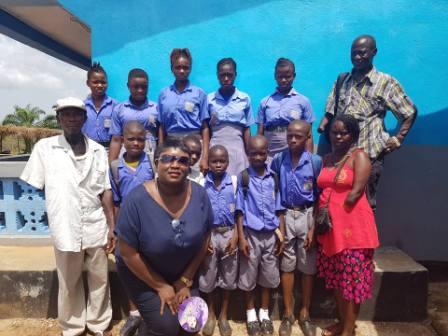 Melqosh paints the world purple with its... 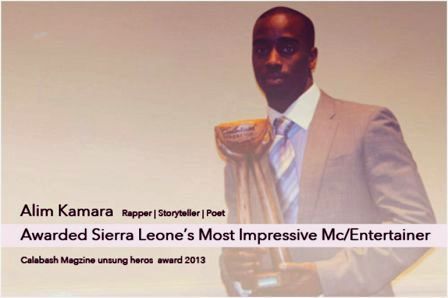