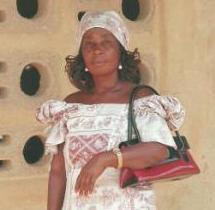 In a telephone interview with the Head Mistress of the Sierra Leone Muslim Brotherhood Primary School, (SLMB) Koaquima – 3 kilometers outside Koidu City, the District headquarter town of Kono in eastern Sierra Leone, Mrs. Margaret Sas Lebbie tells me about her qualification, service in the field of education and the role she has played in helping the girl-child in the rural area.  (Photo: Mrs. Lebbie, Head Mistress, SLMB )

The soft-spoken head mistress says she’s the only female in her family who went through a tertiary institution. Born to an illiterate family, Mrs. Lebbie said she was adopted by Missionaries at the age of 8.

“Rev. Franklyn Smith and Mrs. Smith who were in charge of the Methodist Mission in my village called Gandorhun adopted me and sent me to school,” Mrs. Lebbie said.

She explained that the missionaries were so concerned with her education that at the age of 18, she had completed secondary school.

Mrs. Margaret Lebbie outside her office

“At 18, I sat to the West African Examination Council’s Ordinary Level exams and passed with a Division One,” Mrs. Lebbie said, adding, “By the time I entered College after I had taught as a pupil teacher for two years, Rev. Franklyn Smith and Mrs. Smith had left for the United Kingdom, but they were still responsible for my education.”

She further explained that for over thirty years, she had been inspired by her religious upbringing to encourage the girl-child to attend school in a society dominated by men; a society that believed that the place of a woman is in the kitchen.

“I have contributed immensely to encouraging the girl-child to embrace Western education and thousands of the girl-child I have taught over the last 35 years are now educated women in society and some of them even hold responsible positions in some public institutions, including some of the staff members I have in my school.”

“I have taught girls who are now lawyers, doctors, nurses, civil servants, Journalists and other professions,” Mrs. Lebbie claimed.

She described herself as “one of the longest serving women educationists in the district” and that she had advocated for the umpteenth time for more learning opportunities for the girl-child in the rural area where most parents are reluctant to send their girl-child to school.

“I think I am achieving in this direction in that the educational project called ‘Sababu Education Project’ launched some few years ago was aimed at encouraging the girl-child nationwide to embrace education and hundreds of schools had been sponsored for the proper implementation of the project,” Mrs. Lebbie explained.

She further explained how she had been attending seminars, workshops and conferences on the education of the girl-child which might have led to the implementation of the “Sababu Education Project” funded by the World Bank and the African Development Bank.

About her bias towards the girl-child, Mrs. Lebbie had this to say: “This is a patriarchal society where women were not that recognized before President Koroma came to power, so they needed someone to advocate for them.

“I also hail in the rural area where majority of the women do not have access to education and I would have been one of them if I were not adopted by Missionaries that schooled me. Women need to be empowered in society and one way of doing this is by educating the girl-child.”

She described herself as humble and unassuming woman whose efforts towards helping the girl-child have gone almost unnoticed by the general public. “I may not be a well-known person in this country but my contribution towards education and the emancipation of the girl-child has not been a minor task,” said Mrs. Lebbie.

Mrs. Lebbie, 1st from left, colleague teachers and some of her students

She observed that: “Many people hardly recognize educationists; only politicians and business tycoons become celebrities overnight.” Mrs. Lebbie says she deserves recognition beyond the class-room but people just don’t commend her for the role she has played in helping tens of thousands of the girl-child to become educated. But only time will tell when this dedicated Head Mistress will be recognized by society as a nation builder or a celebrity. 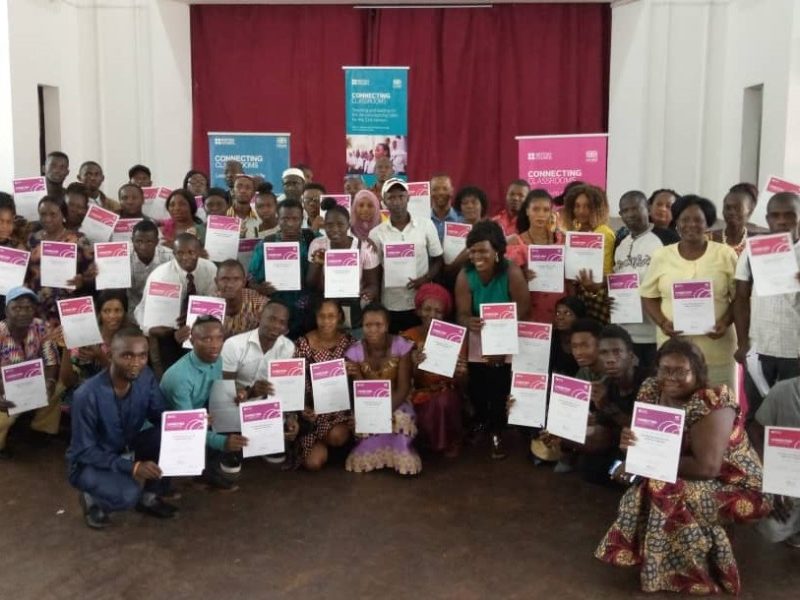