A High Court Order to reinstate the former appointed executive of the Sierra Leone Motor Drivers and General Transport Workers Union in Kenema is reported to have resulted in violence leading to the stabbing of the Deputy Chief Driver, Mohamed Baryoh, by the Vice-President of the reinstated executive, Chief Juana.

The violence and consequent stabbing reportedly sparked recently during the eviction of members of the democratically elected executive following the notorious court order. Reports say Mr. Baryoh was mercilessly beaten and stabbed by thugs hired by Chief Juana. The thugs are said to have manhandled other members of the democratically-elected executive.

Our sources revealed that Mr. Baryoh subsequently reported the matter to the Kenema Police Station where he was issued a medical report form. The matter was charged to the Kenema Magistrate Court and six people are reported to have been remanded in the Kenema Central Prison awaiting trial.

What has puzzled many observers is the notorious fact that the same High Court which ordered the democratic election of regional executives has again ordered the eviction of the same executive! 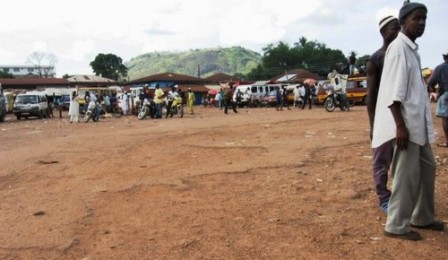