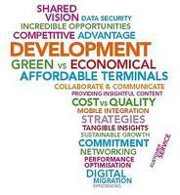 The issue of political superiority in Port Loko District has caught the attention of many indigenes and non-indigenes of the District because the center can no longer hold.

While females of the famous District are unifying themselves, their male counterparts are busy tearing themselves apart, all in the name of politics and their own selfish interests.

What is most annoying is that the Local Council, which should be the engine of development of the District, is towing the line by supporting either side of the two factions: the Public and Political Affairs Minister, Hon. Kemoh Sesay and Hon. Alpha Kanu, Minister of Information and Communication.

The District now finds itself in a sorry state and risks being in the oblivion because none of the two politicians has made any significant contribution to the District that still lacks basic amenities like pipe-borne water and electricity supply, good roads and nobody seems to prioritize these basic issues.

The female folks of the District recently defied all odds to form a network, an indication that they cannot be part of the fray, a move that is a wakeup call for their male counterparts to emulate. Even at the most trying times, these politicians have still not come together to harness issues that will advance the District.

The peasants in the District are at the mercy of these politicians, they will not forgive them if their District remains the same as it has been over the past several decades and will always blame them for the remoteness of the District.

Even the Chairman of the National Commission for Democracy (NCD), with one of his responsibilities to amicably resolve such issues, could not mediate in the stand-off between the two politicians, a slap on the face of NCD.

During one of its outreach programmes in the District, members of the community vividly explained the reason for the stall in development in the District and how the two politicians have contributed to it.

It was a very revealing moment but since then the Commission has done nothing to intervene and resolve the impasse neither has the two Ministers ever said a word on the issue nor clarified or denied the assertion.

Whilst other politicians are influencing Government and mobilizing support for the development of their Districts, these two individuals are holding their District back, no wonder it is underdeveloped while the desperate population wants progress.

It is also just certain that the hierarchy of the All Peoples Congress party will intervene to settle the stalemate and save the party from disintegration for these two individuals whose role in the party will soon come to an end.

One of the most frustrating thing was when the two individuals absented themselves from the ‘Thank You’ visit of one their Members of Parliament in the District, an occasion the MP had wanted to use to settle the impasse between them but to his dismay none of them showed up.

US Embassy to open a Library for S...