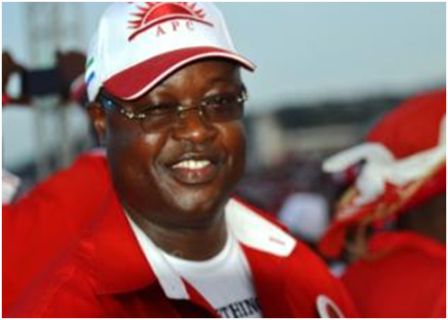 Sierra Leone will never stop fascinating development partners at the global front. We continue to get the admiration of world leaders, the latest being the President Obama of America.  This all has to do with our gains in democracy and good governance.  The good news is, President Koroma just left the US where, he, among other things shared the stage with other African leaders from Senegal, Malawi and Cape Verde, at the United States Institute of Peace for an essential exchange on the connection between good governance and increasing prosperity in the four countries and across Africa as a whole. The strategic importance of this visit cannot be overstated, given Sierra Leone’s progress in the promotion of democratic credentials and the maintenance of the rule of law and the zeal of the USA to always see such credentials promoted across the world.

Take note that Sierra Leone, Senegal, Malawi and Cape Verde have made significant progress toward promoting self-governing reform. President Ernest Bai Koroma, during his visit  attended several meetings with his host, President Barack Obama at the White House, the Peace Corps, MCC, Joint meeting with Secretary of Defense-Hegel at the Pentagon.

How interesting if we try to do some impact assessment analysis of such a great visit by our President to the United States of America.  Our focus should be diverted somehow from discussions around party politics and look at what this visit means for the development quest of Sierra Leone. The media is very crucial to the growth of a nation’s democracy. It also has a significant role in pushing a country’s development aspirations.  The length to which Sierra Leone’s media has gone in meeting societal expectation is as great and tremendous as it is, with the challenges practitioners are faced with.

The media in Sierra Leone has continued to perform its traditional role and to an extent has been a major force in our growth success. Given the impact media has in terms of influencing public opinion, there often is the issue of agenda setting.   Good! But can we help set an agenda that will lead the public to discussing development issues rather than politics; especially five months affect the conduct of general elections in the country?

Take for instance; the media hype on a less known (if any, as a matter of fact) or felt but much reported frosty working relationship between the first two gentlemen in the country. If there exist any, I need to climb mountain tops to see it. For all I know, there is none. Or is this a continuation of the pre 2012 election diversionary/divide tactic?  Again! 2018 is far off; thousands of miles off. It was tried prior to the November polls; propaganda was part of the ploy to see how   Vice and his boss could be divided, in trying to win the polls. It never worked; and today that team of competent players is managing the affairs of the state.   One cannot deny the fact that ever since the President appointed his Vice, there has been a continued good working relationship between the two. This was manifested when President Koroma retained Sam Sumana as running mate in November 2012. This was unlike the Kabba (h) era when after his first term in office, he had to literally show his then Vice President Joe Demby the political back door.

During the first term in office, a lot of what we saw, in the form of media hype had to do with attempts to divide the Kono people from the viewpoint of their support to the governing All People’s Congress party. I am therefore not taken aback, seeing the same attempts to get the people divided and the party shifting focus. But this should not be allowed to happen. The loyalty of Sam Sumana to his Boss cannot be disputed.  The party is a political institution with systems in place. Over a year ago, I wrote extensively on how Sam Sumana has been dedicated to the ideals of his Boss and the party they both belonged to. In fact in one of three interviews I ever had with him, he spoke of how he was “not worried…” at the time, following also media speculations on who will be nominated as running mate, especially given that he enjoying “a good working relationship with my boss…” given that, ‘there is always one captain in a ship ….’ and him, being a co-captain that works with his Boss “should not go beyond his instruction and mandate…”  (Sam Sumana, Oct 2011)

Given the general expectation of Sierra Leoneans from government, it is but prudent for us all, including the media, being another important component in national development, to concentrate on achieving the gains we want. We all have a role to play. There should be a time to reflect on whether we should continue giving so much time to deliberating party politics at the disadvantage of our development agenda.  Time for politics came to an end immediately we saw the inauguration of the President who now has a five years made to work  in line with what is contained  in his blueprint for national development. Let us give the President and his vice time to work and accomplish what they have set as targets. Development should be our focus for now, not politics.

Can we push aside the political hype against Sam Sumana, and start talking and discussing the development needs of our beloved country?

Nightmare in Paradise: Four for Fo...

Women’s Empowerment: Are we holdin...