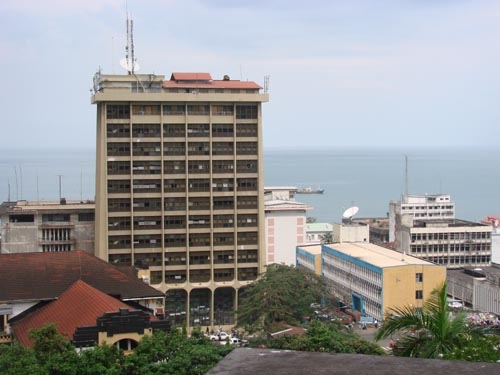 Although government is claiming to have decentralized this country via the establishment of local councils, the fact remains that most important institutions of this nation are still concentrated in our capital city, Freetown; a situation that has been causing a mass migration of people from the provinces to the city, thereby congesting it to abhorrent proportions.

One has to travel to the capital city to obtain simple but salient national documents like passport and national identity card. Successive governments have made little effort to ensure that such significant documents are secured in the provincial cities of Bo, Kenema and Makeni. To travel across the Atlantic to England, America and other countries overseas, one is compelled to travel to Lungi oftentimes via Freetown as there is no airport in the rest of the provinces of Sierra Leone.

All of our cabinet ministers and their deputies are clustered in Freetown, so, if you are urgent to see a cabinet minister or his deputy, you are left with no alternative but to travel to our capital city. This is because the the headquarter offices of all government ministries and parastatals are concentrated in Freetown. Certain critical surgical operations can only be successfully done in Freetown as the requisite doctors can only be found in the capital city, even some major drugs can only be purchased in for they cannot be found in almost all the pharmacies in the provinces.

Therefore, one should not be surprised to see people pouring into our capital city on a daily basis; most of them are being attracted by facilities and services they just cannot get in the provinces due to the high level of centralization that has been plaguing this country since colonial days. The ugly situation is largely responsible for the overpopulation of Freetown with residents scrambling for almost every facility, water, light, shelter and transportation among others.

To remedy the deplorable situation, government must try to spread to the provinces most of the facilities that draw people to Freetown. There is no need for one to travel to Freetown to get passport or national identity card. I see it wise for some Deputy Ministers to be relocated to the provinces for our rural people to have easy access to them. Deputy Ministers do not attend cabinet meetings, so, I see little reason why they should be in Freetown. The Minister of Agriculture, particularly, must have his office in a massive farm in the provinces where diplomats will go to see him working to feed the nation.

In Sierra Leone, aftermath of Mayo...

Reckless traffic management in the capit...