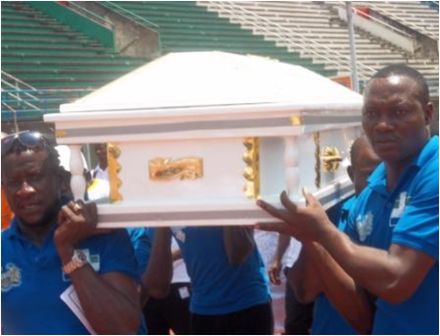 The remains of Kabba China were taken from Connaught Hospital Mortuary to his family home at No 59 Regent Road, Lumley.

The dead body was later taken to the National Stadium by midday where dignitaries made tributes in respect of the late football icon.

According to what this press gathered, it was Kabba China’s contribution in the National Football team, Leone Stars in China in 1974 that earned the country her only National Stadium.  For this reason, many suggested that a laying out ceremony be held at the at the National Stadium. His remains, after the laying out ceremony were later carried across the pitch.   He was later laid to rest at the Military War grave at Regent Road, Lumley, and West of Freetown.

Football stakeholders are suggesting that the National Stadium be renamed “Kabba China Stadium.” 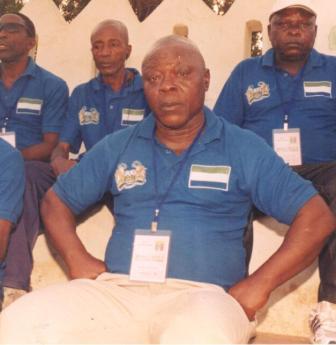