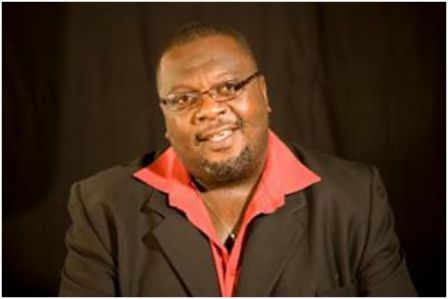 Desmond Finney (photo) is a born and bred Sierra Leonean, young and multitalented.  He is by every level a leader in the emerging filming sector in this country.

Finney attended Leone Preparatory, Prince of Wales schools. He then did his 6th Form at the immaculate Saint Edwards Secondary School in Kingtom, from where he proceeded to the country`s bastion of learning, the University of Sierra Leone`s Fourah Bay College. He studied Drama under Dr Julius Spencer.  Mr. Finney furthered his education in theatre education in England, and he has since returned home to do his work.

In this interview, Finney tells it all about the arts and entertainment industry in Sierra Leone, with emphasis on movie making.

Here is an excerpt:

Salone Jamboree: How did you become a movie star?

Desmond: I started acting at Leone Preparatory School, the Saint Edwards Theatre, and at the FBC. Dr.Spencer spotted me among others at the university and encouraged and catapulted my professional acting career. I started film acting in 1994 after completing university, and upon returning back home from the UK, I was featured in the first Sierra Leonean movie titled: ‘Hawa’.

Of  late you have been starred in many films, what is the secret behind this?

Probably it is because it’s part of my mission to help raise the Sierra Leone movie industry up to a certain level that we will be able to compete with other African countries and beyond. I am in a position and very passionate about this, and also I am in a place (Premiere Media) to make many of these films myself or through premiere media. Sometimes I work with Jimmy B, and of late Desmond Elliot and several other local and international movie stars.

How can you describe the movie industry in the country at the moment?

I think we all can agree that filming in Sierra Leone is a ‘virgin’ industry.  But, from where the country has taken off from it is a much higher pace as to be compared with many other countries. For example, we are far ahead of the Gambians. In Nigeria, there is the debate now about my nationality which is a pointer to the fact that our standard is a bit high.

I believe that we started up from a relatively higher pace unlike many other countries. However, there is a good number of people involving in the movie realm who are not fit to be onboard.

The substandard products of some of these wallpaper movies are affecting some of us that are serious in the business, and in general discouraging the watching audience. This is a challenge which I believe that the Sierra Leone film industry must look into. Having said that, I believe we have a lot of potentials in this country and I am pleased with some of the movies coming these days.

What do you make up of Sun Valley and Sollywood?

The name Sollywood came out as a result of the fact that Jimmy B is the first actor to be watched internationally. Sun Valley is a Union of Sierra Leonean film stakeholders. It is a good thing to bring onboard everyone that has a stake in the movie sector. I understanding that there are internal dispute in SunValley but I believe that it can be overcome as quickly as possible. Such interest groups are needed for actors, directors, cameramen etc.

But the union needs to make itself relevant and I don’t see a problem with the name.

How do you think we can overcome the problem of substandard films?

Basically I think the answer is capacity building and training. For example, in terms of shooting and editing, Sierra Leone has improved a lot because we are learning very fast, thus we need to continue such training for actors, directors, film makers, script writers and all. And it will basically improve the status of standard of movies.

Apprenticeship also can be a useful tool since we don’t have the schools at the moment. Before claiming titles, those involved in movie business must have something to show for, learning from those that know more than you. For example when Desmond Elliot was in town I apprenticed myself to him because no matter what, he knows the movie business more than I do. This will make one a better person. Sierra Leoneans must not be prideful by thinking that we have arrived, which is far from being the case despite starting from a high point.

We are seeing many movie productions sprouting. How does or should a film production establishment operate?

These many productions I will call production houses. It goes more than getting actors and directors in a group.

A standard production needs an executive producer, the person with the money; a director, the person with the knowhow who calls auditioning for the best casts. What we are seeing today is a group of financially placed people creating so-called productions. It is not a bad thing but in a group where everyone is inexperienced you need to have a cameraman, editor, director and such.

What more successes can you highlight apart from Sierra Leonean movies starting from a relatively high point as you have earlier on stated?

Obviously, right now international TV stations (TV Africa, DSTV, etc.) in Africa are playing our movies.  Also, if you travel outside Sierra Leone you will discover that some of us are recognized as actors. Bit by bit people are recognising the existence of our movie sector and hopefully this will attract more investors, tourists etc.

In fact, ‘Enemy in the Family’ along ‘Sometimes in Africa’ were nominated Best Drama in the Tiana Awards in Houston Texas, thus bringing international recognition and improvement on the image of the film sector back here in Sierra Leone.

How much role has government and the private sector got to play in the development of the emerging film sector in Sierra Leone?

The contribution of the private sector is extremely invaluable. We need people to come onboard and help by spending money in filming. Companies must see a need to help as part of their corporate social responsibilities. As for government, they need to help put in place adequate regulations for a film classification and censorship board. The government must also help to protect us from an unfair competition from the numerous foreign films making their way into the country and sold at uncompetitive prices (Le 5.000 compared to Le 10.000 for Sierra Leonean films). We need an alternative to the influx of these so-called cheap series films which are hugely pirated here because when you go out some of these films cost ranging from 5 to 25 dollars.

This issue is killing our thriving film sector which needs the support of everyone for quality and cost. The citizenry must also be willing to buy these films despite the good or bad production argument.

Nevertheless, having a level playing field in the movie sector comes with a responsibility on the part of film makers, making sure that our films can be able to compete in terms of standards. Both government and the private sector must work side by side because their role is invaluable. For instance, the third movie (Crack) produced by Premiere Media, the then Zain helped in the promotion. Africell has also been helping movie groups apart of which I have not seen much significant help from the private sector except private individuals. We need them to come onboard.

How can you describe a standard or competitive movie?

I do believe that we have true film makers in the country.

For example, ‘Refugees’ is one of such international standard production. ‘Aminata, For the Love of money’, etc., are now all competing. I believe that by the next African Movie Viewers Story Awards, our films will be nominated.

At the moment we have films in the Beijing Film Festival in China all of which are indicators that we are slowly getting to the helm of film affairs in the continent and beyond. Sierra Leonean actors and directors are beginning to be honoured.

Today, we have Sierra Leonean actors and actresses (Susan Sayat, Antonet Koroma, Martha Sesay, etc.) acting in Ghanaian and Nigerian films. If we were not good we would not be featured in these foreign films.

The potential is there but we need the support of all. The ordinary people must appreciate and feel proud of our films.

What make up a good movie maker and movie star?

A good movie maker or producer must seek to have cleaner pictures and sound, fine language usage, avoid obstinacy, possesses the necessary training or exposure or apprenticeship. Someone with these can be considered as a good movie maker.

For a good movie star, firstly it is enough passion despite the absence of huge money; they must have humility by appreciating people; the fans make the star. ‘Teachablity’ can all be attributes of a good movie star.

What are your best wishes for the movie industry in the years to come?

A continuation of the improved standard of Sierra Leone films and we will be recognised globally as a movie making country. That way we will have stars and ambassadors from Sierra Leone taking a place in the global stage this year not even years to come.

What is your worst fear for the thriving movie industry?

It is that of people putting self above country in the industry. Issues like these are what will stall the movie industry. Also, that ‘bad beleh’ or bad heart, as observed by one of my Nigerian friends, may not overshadow the industry.

I and my partners will always work against being a party to [bad] attitudes that will move the movie industry business backward.

State of the Arts: IMC Recognising... 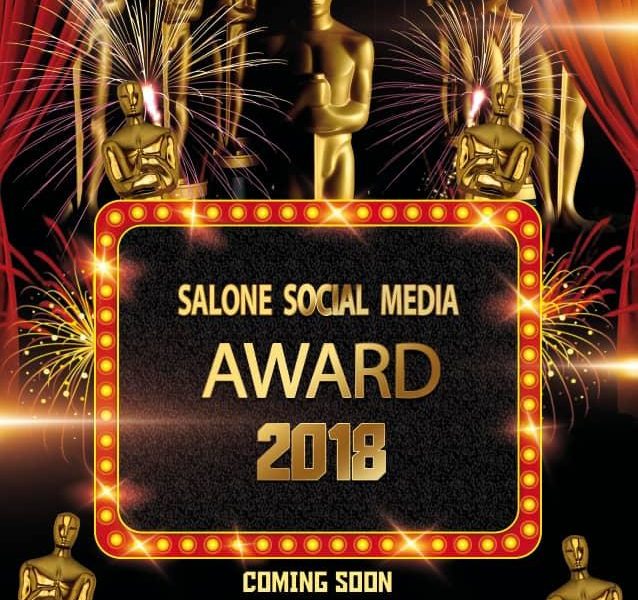 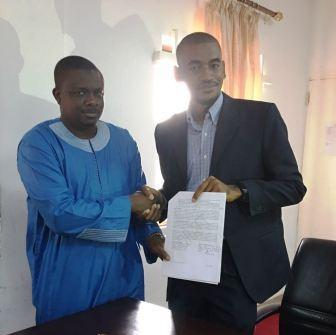 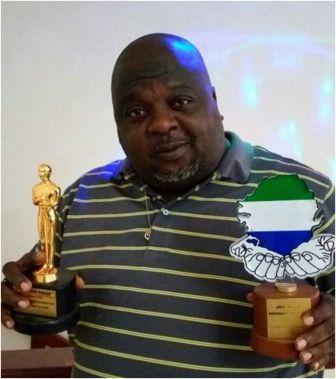