ACC Solicits Support from Staff and Students of GTI- Magburaka 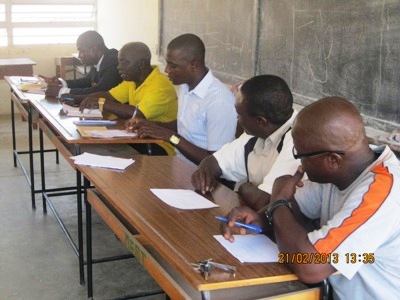 ACC Solicits Support from Staff and Students of GTI- Magburaka

The Northern Regional Office of the Anti-Corruption Commission (ACC) has appealed to staff and students of the Government Technical Institute (GTI) in Magburaka to join the fight against corruption in a bid to ensure that the socio-economic needs of Sierra Leoneans are met.

ACC’s Public Education Officer, Al-Hassan Sesay explained the various methods of making reports to the Commission and protection for informants.  He emphasized the Commission’s core values of confidentiality and entreated staff and students of GTI to resist, reject and report corruption. The Public Education Officer read out the free ACC mobile hotlines and explained to them the benefits of making report, including the 10% reward to informers. He however warned them against making false report which he said, constitutes one of the offences in the Anti-Corruption Act.

Questions and answers, suggestions and comments formed part of the meeting.