Speaking on Friday, November 9, at the National Stadium, Brookfields, Alusine Osaio Kamara aka Scorpion said much as the NGO strives to ensure that children of school going age have access to education, they’ve looked at various factors responsible to ensure such basic rights. In this light, he said, school fees are one major component the students often lack the ability to pay in time.

He harnessed the fact that they owe a responsibility to promote education and literacy in Sierra Leone, upon their desire to see a country with active human resource capacity, which according to him, contributes to the overall development of the country. The NGO issued overboard, a total of 49 scholarships to various categories such as the amputees, the war wounded and polio victims who all comprised of the disability category.

The Founding Chairman of the organization, Mr. Murray Kanneh, currently residing in Australia, is a visionary, according to Scorpion, in whose vision lies to see how much he can contribute to development of his country of birth.

Over the years under his watch, the NGO has a supply scheme of school equipment, including assorted items of computers, text books and general reading materials. He corroborated sometime back with another NGO, the Kanga School Project, according to Scorpion, which built several schools including libraries in the country. He said the NGO went as far as adopting some schools and equally donated gas generators to supplement the electricity supply in those institutions.

Separate from the Schools Supply Scheme (SSS), Sierra Unite Australia has also been handing out used clothes and valuable items to the various camp settlements across the country.

Scorpion said the special needs category – as in this case – the beneficiaries of the pilot project is not a coincidence of some sort, they were chosen above the fact that they need to benefit at this given time to share a country with optimal chances in terms of giving children of Sierra Leone the chance to access education.

He called on all those with special facilities to identify war victim children of school going age to do so and save them the burden of paying school fees as they will be equally awarded the scholarships.

Sierra Leoneans Must Not Fight Eac... 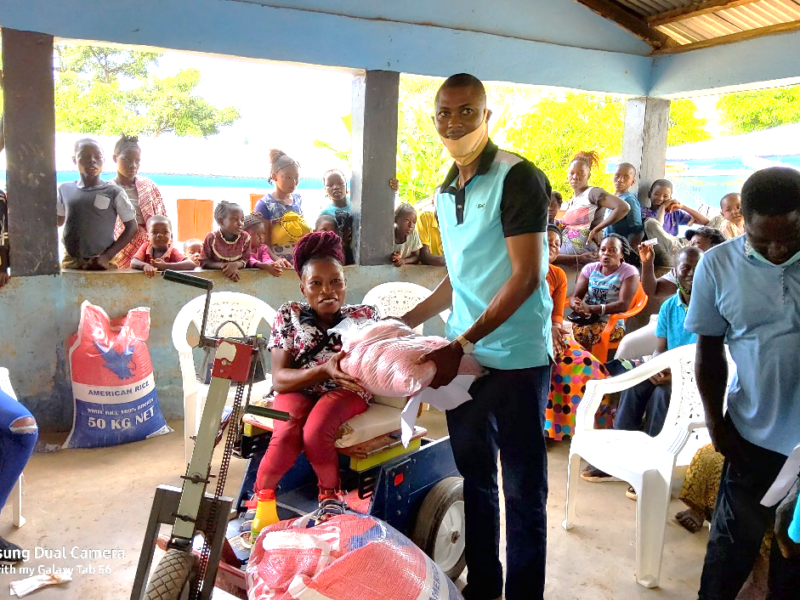