Agriculture is one of the pillars around which President Ernest Bai Koroma built his AGENDA FOR CHANGE , which has transformed Sierra Leone into a progressive and productive nation within five years. According to the Agenda for Change document, “Government has embarked on implementing a National Agricultural Response Programme (NARP), which focuses on providing support to farmer-based organisations, developing agricultural markets and enhancing the capacity of other institutions to support agricultural development. The Smallholder Commercialisation Scheme introduced 2009 has created cooperative clusters using a value chain approach. Consequently almost 400 farmer cooperatives are now engage in the scheme. ”

Another noteworthy action President Koroma took was the setting up of a Presidential Task Force on Agriculture  which he controls as Chairman and draws a lot of inspiration from the  hard and efficient work of the Minister of Agriculture, Forestry and Food Security, Dr. Joseph Sam Sesay.

According to Transparency Sierra Leone, “Agriculture is slated to be the engine for socio-economic change as we strive to achieve food security and job creation in Sierra Leone. His Excellency the President has identified it as a key priority area for the increase in food security and job creation. ”  Transparency Sierra Leone went on to say that “Agriculture is an integral part of development in Sierra Leone and the Ministry has been working assiduously to deliver on His Excellency’s Agenda for Change, by embarking on a massive overhauling of the sector to commercialize, privatize and incentivize agricultural development. ” Propounding on the investment and gains in the area of agriculture since President Koroma came to power in 2007, the organization stated that  ” In 2011, the agriculture sector accounts for about 45% of our GDP and employs nearly two thirds of the working population. In 2010, almost 10% of our national budget was allocated to Agriculture in accordance with the Maputo Declaration, which is a major accomplishment given that in 2007 it accounted for only 1.6% of the national budget. As at 2011, the Ministry of Agriculture, Forestry and Food Security was allocated over 134 billion Leones which includes both Donor and Government funding.”

In all these plans, President Koroma’s goal  is to make Sierra Leone  self-sufficient in food production. Since he initiated his agricultural reform programs, farming activities have accelerated throughout the nation. Fertile lands that had lain dormant for over 20 years due to the war and the SLPP’s lack of interest in agriculture have been converted into productive farmlands yielding significant production of rice, corn, pepper, potatoes and cassava.

Being the hands-on worker , President Koroma goes into the fields himself to interface with the farmers and to demonstrate to them his seriousness and commitment with his plans for Sierra Leone to become self-sufficient.  Sierra Leone is blessed to have a proactive President who goes on to the scene to make sure that things happen.

NDA stop the infighting and rally... 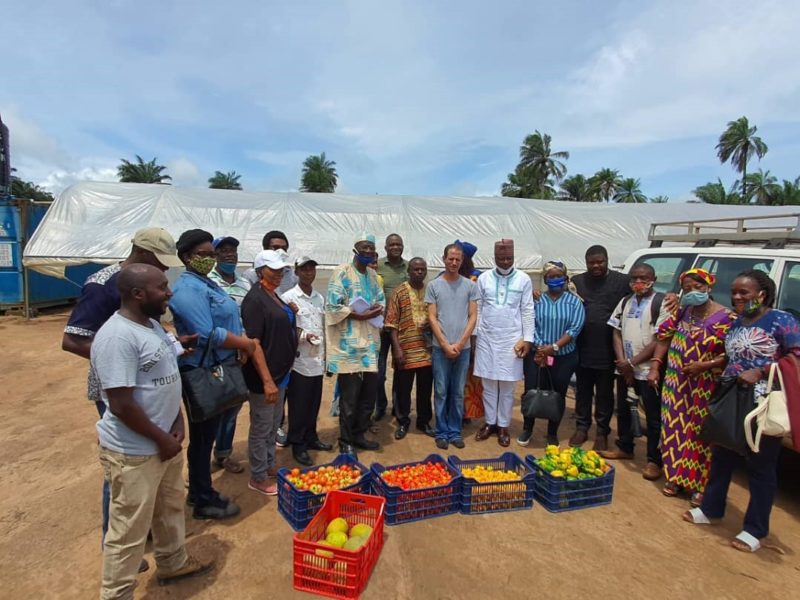