In a bid to motivate children to work with the tenets of Islamic teachings and also try to broaden their knowledge on the Islamic rule that restores the dignity and respect of women as commanded by Allah to take up the Islamic covering (Hijab), the Kaffu Bullom Voice of Islam Women’s Wing has graduated 65 girls after a ten-day camp on Islamic Covering at the African Muslim Agency Orphanage compound at Royeama Lungi.  (Photo; Mrs. Fatmata Sheriff and Woman Inspector M’balu Mansaray)

In his Keynote address, the Paramount Chief of Kaffu Bullom Bai Shebora Sheba Gbereh III expressed his profound gratitude to the Kaffu Bullom Voice of Islam Women’s Wing for their great strides in helping his chiefdom to restore the dignity and respect of the girl child, he further said that because of this, the crime rate of raping has reduced drastically in his chiefdom.

Paramount Chief Bai Shebora Sheba Gbereh assured the organization of his unflinching support and prayed that by the next camp they will be able to camp more than 200 girls as the camp has increased the Islamic covering in his chiefdom. He lavished praise on the President, Woman Inspector M’balu Mansaray for her effort in restoring the dignity and respect of the girl child adding that despite her assignment in Sudan, she still thought it wise to keep the momentum of Islamic propagation in the township.

The Paramount Chief accentuated that he will support the 1st Islamic Nursery School in his chiefdom which was established by Inspector M’balu Mansaray and admonished parents to encourage their children to take up the Islamic covering.

Mrs. Sheriff encouraged the parents of the kids that are graduating to help their children to maintain the hijab, as it is the only solution that will take the children out of so many social ills, and reminds the audience of their responsibilities to be good to their neighbors and take good care of those under their control as they will account for those under their control on judgment day.

Mrs. Fatmata Sheriff on behalf of her organization expressed her thanks to the Kaffu Bullom Voice of Islam Women’s wing and distributed hijab on behalf of the Islamic Women organization for education and development.

In her vote of thanks, the president of the Kaffu Bullom Voice of Islam women’s wing women Inspector M’balu Mansaray expressed her gratitude to Allah and thanked all those who in diverse ways made the 10 days camp a success.  She thanked members of the organization for their support in keeping the momentum and maintaining the dignitary of women folk of Kaffu Bullom and the country at large.

Inspector M ‘balu Mansaray assured the audience that soon the 1st Islamic Nursery School of Kaffu Bullom will be opened to the general public as the school will help to establish Islamic education in the township and expresses gratitude to all, for helping to make her dream of camping become a reality without external support from their usual donors.

The program was climaxed with a march pass from Rotifunk to Royeama Camp, with jubilant girls in their hijabs.

“Resist attempts by politicians us...

Killing the Goose that Lays the Go... 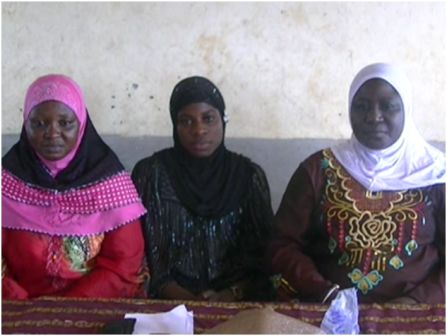