If you are an immigrant, this topic is for you.Â  Do you remember when you were in your native country, when you saw those beautiful commercials on TV? Some people assumed that Canada, America and England were countries over-flowing with free milk and honey. Some believe, milk falls from the sky, money grows on the trees, and the streets are paved with gold.Â  Since you’ve lived in one of those countries, it would be justified to assume that it is the hardest you ever worked at your job? Since you’ve lived in this country (Canada ), you haven’t had free milk, free honey, and free money. However, you’ve had high blood pressure, heart-burn, headaches, lack of sleep, mortgage bills, telephone bills, property tax, cable bills, credit card bills and you’ve swallowed many pharmacy pills!

When you were in your native country, you didn’t have enough money, but you had happiness, you could always pick fruits from the trees, and harvest food and chickens from the farm.Â  But maybe you’ve fallen victim to propaganda that was broadcasted on your TV and radio. Maybe you’ve become lustful after the bling, bling, ching, ching, and all other materialism.Â  Perhaps you had a good job in your native country, whereÂ  peopleÂ  treatedÂ  you with respect and dignity. In thisÂ  country (Canada), many people look down on you as nobody.Â  Some people in this country (Canada) are so conceited, egoistic, back stabbing, and materialistic junkies, who are always ready to snitch on you to your boss.

Do you like your constant unhappiness and loneliness? Read carefully, you will realize how much you’ve been tricked, rich people are rich because poor people exist Â Rich countries are rich because they exploit poor countries of theirÂ  naturalÂ  resources and people. Most of the bottom end jobs (low paying) in this country will not get done by the ‘typical” Canadian. Canada, America and England, have immigration policies that accept a certain amount of immigrants every year to do the bottom end jobs.Â  Nursing ,nannies ,restaurant, factories, janitorial and fastÂ  food jobs, are predominantldoneÂ  by immigrants (particularly night shifts). Which ethnic groups do you observe falling asleep on public transit during the nights? Many immigrants who believe in God, and a large percentage that don’t migrate to rich countries.Â  Many are regular church goers who think they have arrived to the land of free milk and honey many find it unnecessary to continue schooling or attend libraries. They are overwhelmed about God, which is good.

However, wasn’t it God who created the world? Isn’t he every where? Why doÂ  many God believing immigrants leave their country only to continue worshiping GodÂ  in rich countries and educate themselves? Wasn’t it economic prosperity, why many migrated? If many become educated, return back homeÂ  and help other unfortunate citizens, won’t God bless them?Â  Many won’t do that ,they are afraidÂ  of crime in their native country.Â  Did God give us a spirit of fear? Do you believe God wants ignorant ,uneducated, fearful, lazy, selfish and greedy people in heaven? He said “study to approve thyself qualified and a workman“Â  meaning read and study to gain wisdom and knowledge, observe the Jews, they are one of the most disciplined, educated and wealthy people who live in one of the most violent countries in the world. Now look at many God believing immigrants, they won’t read nothing except, fashion magazines and fliers with bargains galore.

Many have also become gambling addicts(gullible and hopeless). Many believe they are going to win the lottery. Really when hell freeze is over, if lightening and thunder bolts have a better chance of killing them, will they win the lottery? Gambling is trickery ,a distraction and aÂ  job where there is no room for upward mobility, not everyone welcomes the clown they know his or her personal business, they know when the entertainer, the complainer, the dress to impress on credit fashion guru, and the office media (news carrier)arrives , he or she tells everyone about his or her university years ,on the contrary, the university never taught him or her that it is wiser to use less tongue (talkative) and more ears.

The slaved is buried in debt and living a lie, well dressed, buys most things that are on sale, knows everything, but never listens. Â He or she lives in a big house with a humungous mortgage every month; he or she takes money from Peter’s bank account to pay Paul’s. Â The slave is always doing his or her hair and nails, while he or she has no life savings or emergency funds. Finally, the slave is scared to challenge management at his or her dead end job. To keep the job, he or she makesÂ  it a habit to suck up to management, he or sheÂ  buys coffee for the boss, snitches on other employees, and laughs at management’s despicable jokes in order to maintain his or her mental, psychological, and economic enslavement.

If we are slaves, let s consider these options; how many shoes ,cars, rooms, and jewelry do we need? Do we have to buy a pair of shoes for $100 whenÂ  weÂ  can by one for $30? Can we live in the shoes?Â  Why do we stroll the malls and consume so much?Â  Everything many of us see advertised on TV and billboards we want.Â  Don’t we see that our desires for more stuffs have become the root of our suffering? Â When are we going to realize that the media has mentally programmed us into pathological shoppaholics?Â  If we already have a phone at home, do we need cell phones? Cant many of us use quarters (25cents) at the pay phone?Â  What were we doing before the cell phone was invented? Why do many of us spend so many hours per week talking foolishness on our cell phone? Why don’t we use those hours to read books and go to school? Many of us don’t want regular cell phones anymore; we want cell phones with cameras, games and TVs. We want to take pictures of our egotistic self, not knowing that wicked companies and governments are storing everything we do and say inside a database and creating profiles on us.Â  What is the importance of a camera on a cell phone? Is it equipped with a camera so that foolish and fearful people will start spying on each other as the Nazis did in World War II, (Jews were spied on by fellow Jews and Germans and given over to the Nazis to be killed)?

The Patriot Act in the United States and the new Canadian Homeland Security Agreement allow citizens to spy on each other in the name of terror.

Many people have become so addicted to using their cell phones, they have become technological junkies.Â  They are like smokers, crack addicts and drunkards. Â The question I would like to ask is what do we learn from them? Aren’t many of us dumbed down enough by our televisions at home? Â Do the designers of these devices want us to walk in traffic or fall off cliffs? Why don’t they encourage us to read more books to build our minds?

This littleÂ  object that we treasure is causing tens of thousands of deaths in Africa. Nonetheless, many of us are not concerned with that as long as we can talk “nothing” let us learn some self-respectÂ  and discipline, let us stop buying horse mane, Vietnamese hair and synthetic hair to cover the beautiful natural hair and head that God gave us. Let’s stop acting like reptiles by putting different shades of contactÂ  lenses in our eyes. Let’s stop keeping up with the media miss–information of beauty. Â Most importantly, let’s stop hating ourselves, start studying our history. and save money.Â

When some of us get older, we will realize how foolish we were, wasting our hard earned money being objects of the old western European colonial complex.Â  Start reading books that will educate us. Â Let us grow up and become men, not boys and girls. Let’s stop thinkingÂ  we can’t do better, we can do better. Â There is no human being on this planet that is superior to us, they are only disciplined and educated differently from us. Discipline, fear of God, self respect, dignity and education are the foundation that will elevate us from the confines of slavery to master Dom. Which are you? 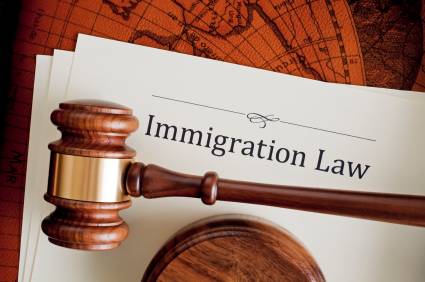 Why Sierra Leone needs to change her imm...