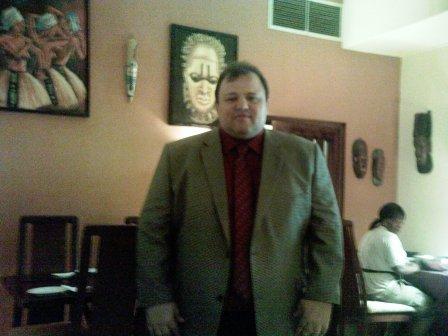 Speaking to a jam-packed room of football stakeholders, comprising delegates across the country including members of the Retired National Football Heroes, politicians, friends, family members, football supporters and the press, Mr. Rodney Michael thanked all who attended for honoring his invitation.

After lots of consultation and firm deliberation with his decisionmaking body he said he was given the nod to go ahead and vie for the FA Presidency.

Mr. Rodney Michael calls a haul for the votes to make him winner in the July 21st polls. He said he has concrete plans to transform and upgrade football in the country and make the football family a better rock to the envy of the sub-region.

About his manifesto, Mr. Michael said he will distribute all finances equally to all regions and promised to improve and empower the secretariat so as to enable them to become more efficient and better structured.

The ex-premier league Board chairman said the national team will be properly structured, while vowing to introduce a football calendar that commences from September to June annually with an established fixture forecast.

He vowed to improve female and youth football in the country as he promise to involve ex-footballers, coaches and referees into the various standing committees. He assures all of transparency and accountability.

Mr. Rodney Michael has been a football administrator for the past 26 years; he has also served in the position of Public Relations Officer, Secretary General, and Chairman of the Football Association. Currently, he is the founder and owner of the Edmond Michael Football Foundation based in Bo city.