In October last year, I commented on the political ramifications of the downfall of Gaddaffi under the headline “End of an era: Who, what and where next?” Prominent among my concerns was the fear that with the death of Gaddaffi, the impact will not only be felt along  economic lines but I also raised concerns about  its effect in relation to the stability of the region; especially those that shared an economic and political umbilical cord with the erstwhile leader. I mentioned that “following the death of Gaddaffi, in spite of the economic bazaar that ensued, there are still certain schools of thought, who do not believe that he destroyed all his arsenal of weapons. That the International community now has a race against time to ensure that they have not fallen in the wrong hands.”  (Photo: Abdulai Mansaray, author)

It will be self aggrandising to attribute any prophetic connotation to those concerns, but events in Mali seem to lend some credence to the above.  There is no question that the recent coup d’états in Mali have added another blot on the perennially chequered history of the African continent. There has been widespread condemnation of Mali’s troops, after they ousted President Amadou Toumani Toure, with the UN Security Council calling for the “immediate restoration of constitutional rule and the democratically elected government”. Similar condemnation has come from The African Union, ECOWAS and Mali’s former colonial stepfather France. There are few African countries that can boast of Mali’s record on democratic rule and stability. It is this record, which has served as a model, that has been put to the test by the recent coup by disgruntled mutineers in the army.

Reports have it that following the fall of Gaddaffi, Malian combatants (mainly of Tuareg origin) who had fought to defend the Libyan leader fled back home with weapons and formed the most powerful Tuareg-led rebel group, the Azwad National Liberation Movement (MNLA). With superior fire power and numbering between 1500-2000 personnel, the rebel group brought large areas of the country under their control with relative ease and just less than two months. It is well documented that the Tuareg tribe in Mali has always complained of being marginalised by the government in Bamako. It is widely reported that the coup was spontaneous and that the “rank -and -file soldiers felt humiliated and abandoned in combat with not enough military resources and food to quell the rebellion from the Tuareg.

It will be recalled that the ousted president, Amadou Toumani Toure, who was then an army general, put an end to  “President-for-life” General Moussa Troare’s  military rule in 1991; only to return to power through elections a decade later in 2002 (BBC). According to reports from the MNLA political wing, the rebellion is solely focused on cessation from the country, in preference to an independent state that will include the outer regions of Bamako. According to reports, it is the inability of the Toure government to deal with the insurrection that led to the mutiny on Wednesday. Sounds familiar?

The mutiny in Mali is not a strange political epitaph in the annals of African history. On the 29th April 1992, a  twenty five year old Captain Valentine Strasser lead a group of seven junior officers in the Sierra Leone army that included Lieutenant Tom Nyuma, Captain Komba Mondeh, Lieutenant Sahr Sandy, Sergeant Solomon Musa and Captain Maada Bio to name a few, to launch a military coup that ousted the late president Momoh. Like their Malian counterparts, they cited among others, that they never received their salaries on time, and that the welfare of the soldiers was hardly at the top of the government’s list of priorities.   Maada Bio spearheaded another coup in 1996 and cited his commitment to return Sierra Leone to a democratically elected civilian rule as his motivation; a promise if due is to be given, that he fulfilled by handing over power to Ahmed Tejan Kabba.

On 22 July 1994, a group of young officers in the Gambian National Army was lead by 29 year old Yahya Jammeh in a military coup that overthrew the then president Dauda Jawara. Among other reasons, the coup plotters cited their dissatisfaction with their salaries, living conditions, corruption, and the lack of democracy as the reasons behind their actions. Every need has an ego to feed. Many saw the coup in the Gambia as a copy cat version of the one that was lead by Captain Strasser.

In many respects, they shared similar traits. Both groups shared similar age groups, under 30 year olds and both leaders had recently returned from serving in the ECOMOG forces in Liberia and Sierra Leone against Charles Taylor’s forces. Although the Tuareg had mounted serious opposition to the Malian government in the past, it is interesting to note that their decisive move came only after their mercenary sojourn in Libya. Added to the mix is that the Tuareg tribe, who are nomads by their geographical configuration are spread across Mali, Libya, Algeria, Niger and Burkina Faso. To rule out any outside collaboration to their cause will be naive. If anything, it is possible that such outside help may have been part of the bargaining chip, as reward for their services in Libya, had Gaddaffi survived.

It is easy to draw similarities among these various groups, but unlike the coups by Jammeh and Strasser, it is doubly easy to conclude that the Malian mutiny was borne out of pride for the country; lies. Like the scenario in Sierra Leone, the mutineers in Mali would want you to believe that it is because of the government’s inability to quell the threat from the Tuareg that led to their actions; yea right. Interestingly, Strasser rose from the embers of the fighting forces against Charles Taylor and Foday Sankoh. In Mali, the coup plotters will be battling it out with the remnants of hitherto pro-Gaddaffi forces.

Unfortunately, the Tuareg conundrum seems to have a religious ring to it. It is an open secret that Al-Qaeda and the Taliban have been politically and militarily asphyxiated in Afghanistan. It is therefore not surprising that places like Somalia, Sudan and parts of the Tuareg controlled parts of Mali have since become the new frontiers for terrorist training grounds; as terrorism and poverty seem to ionise easily. With their own struggles ongoing, it is not difficult to see how Al-Qaeda can find sympathy in these parts; especially if their guests arrive bearing arms as gifts. Notwithstanding the religious flavour that has been added to their struggles, their recent graduation from Libya will serve as a potent mix to fight against.

Following America’s universal crackdown on terrorism, it is interesting to note how easily such a theme has become the flavour in military vocabulary these days; as justification for any unconstitutional move by political demagogues. The spokesman for the troops behind the apparent coup stated on Thursday that “considering the incapacity of the regime in effectively fighting against terrorism and restoring dignity to the Malian people, using its constitutional rights, the armed forces of Mali, along with other security forces, have decided to take on their responsibilities to put an end to this incompetent regime of President Amadou Toumani Toure”. This leaves you wondering when did coups become a constitutional right or a responsibility on the army.

If the mutinous group was hoping to find any favours along the corridors of power in the western world by using the term “terrorism”, it may have miscalculated. The high priest of the fight against terrorism, America issued its condemnation through State Department spokeswoman Victoria Nuland that “our focus and our hope and expectation are that military action can be quickly reversed, and we can get back to the issue of democratic governance in Mali, which we can all support”.  With U.S officials previously describing Mali as “one of the strongest democracies on the continent”, it is easy to see how difficult it will be for the coup plotters to get the International community on their side. Considering that Mali had been slated to hold elections and president Toure was scheduled to step down next month, it is becoming increasingly difficult to justify their justification for their actions; especially in the eyes of the wider international community.

The irony emerging from this debacle is that many foreign government representatives, who are now trapped in Bamako had been attending a conference on “regional peace and security”, under the auspices of the UN. The Tuareg insurgency, with its link to Al-Qaeda would have raised significant concerns in Washington; hence the coup will be seen as an unwanted distraction and difficulty against the efforts in the north.

Notwithstanding the seismic change that took place in Libya, many will see this unfolding saga in Mali as a consequence of the downfall of Gaddaffi. Others will see it as the bye product of the Arab Spring, although the Malian version does carry the popular uprising that has come to be associated with situations in the Middle East. Another far flung consequence of Gaddaffi’s demise could be attributed to the rise of Boko Haram in Nigeria, as the group seems to employ more sophisticated means of wreaking havoc in the country. Nevertheless, with the coup leaders citing the ousted government’s inability to quash the “terrorist Tuareg” as the motivation for their uprising, the question now remains as to whether the West will uphold the rule of law and democratic principles or back a group of soldiers who purport to quell an insurgency by a “terrorist” group.  The battle between expediency and principles has just begun.

Meanwhile, the World Bank and other donor countries have threatened in the usual fashion, to withhold aid to the country; excepting food aid. With such a background, it will be overtly presumptuous to conclude that the coup has succeeded, but the outcome does not bear contemplation. The hope is that Mali will be swiftly returned to calm, peace and tranquillity; with its enviable record as “one of the strongest democracies in Africa” intact. The African continent, dressed as the African Union, together with its regional partner in Ecowas must not stand by and see such flagrant abuse and misuse of military might fester unchallenged. Unlike the situation that went on in Cote D’Ivoire, the viability of these organisations will be severely tested if such flagrance is allowed to succeed. The international communities can help, but it is time for these regional bodies to lead the continent out of its apparently perennial political darkness.

Please remove your military uniform before you leave the room. 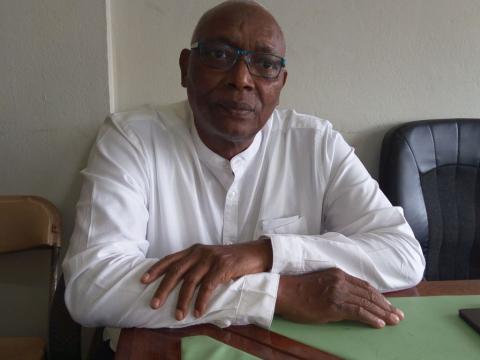 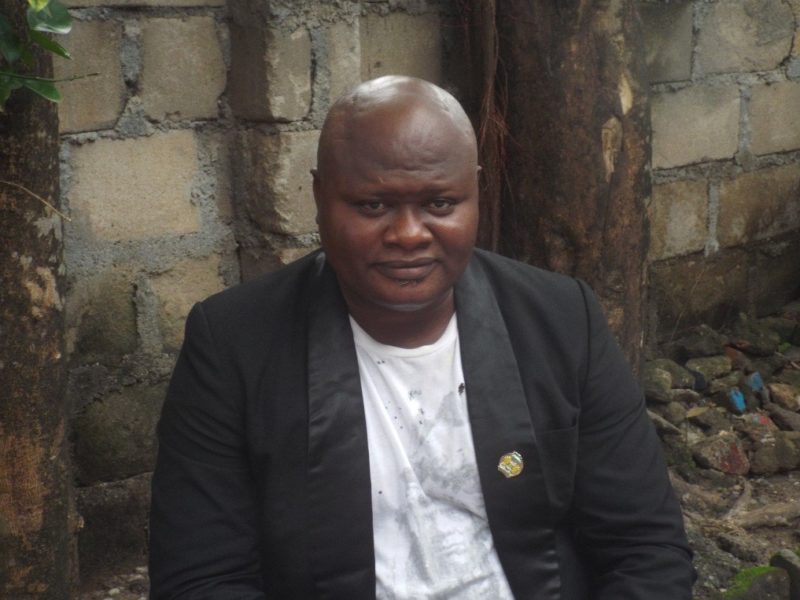