It is with humility and love for our SLPPNA party that I have decided to take a position in the campaign to endorse a candidate.  Sometimes, we trivialized this honorable responsibility by voting for the candidate on the basis of friendship, alumina association, childhood friendship or for someone that is popular in our community; disregarding the real qualities of good leadership; of RESPECT, PATIENCE, TOLERANCE and HUMILITY.  And many a times, when we take honorable responsibilities and trivialize them, we do not only set the stage for disastrous outcomes, but we become guilty of undermining and betraying the confidence such issues require of us.

Following all the endorsements that are coming through this media outlet, I become very convinced that the young man from the SLPPNA New Jersey Chapter, stands out to be the person to lead our region at this time.

Mr. Jerry George has a quiet disposition and is not a flamboyant personality.  But in his humility, he delivers respect and appreciation for others.  Over the years, he has maintained calmness even in disagreement, and has shown great appreciation for the contribution of others.

When I hear of a man that is not boastful, that is not proud; a family man who respects elders and members of his community; I am humbled and moved to associate with such an individual. Therefore, I join all of you who have expressed kind and sincere sentiments about the leadership qualities of Mr. Jerry George to endorse his candidacy for Chairman, SLPPNA region.

Let me hasten to first be the one to recognize that Mr. Jerry George is not a perfect man.  But who is?  However in our imperfection, it is humbling to find a man that is dedicated to a cause, dedicated to his community and most importantly, that respects himself and members of is community.  Longevity may not be an all right qualification.  But what it brings to one’s candidacy is dedication to a cause greater than oneself.  And in this region, Mr. Jerry George has demonstrated loyalty with sincere dedication to SLPPNA.

With the virtues outlined in many of the postings on Mr. Jerry George’s behalf, I am confident that North America has identified their leader and that person is Jerry George.  Let me admonish you Mr. Jerry George to treat those with whom you are competing with the same respect and appreciation for their aspiration, because when you win, you will be the Chairman for all members of SLPPNA, whether they support you now or not.

On this note and on behalf of my family, I wish to endorse the candidacy of Mr. Jerry George for the position of Chairman, SLPPNA region.  I am therefore appealing to all those who trust in my judgment and who are delegates to please cast your vote for Mr. Jerry George as our next Chairman, SLPP North America Region.

For stability and the opportunity to forge unity in the region, vote for Mr. Jerry George. 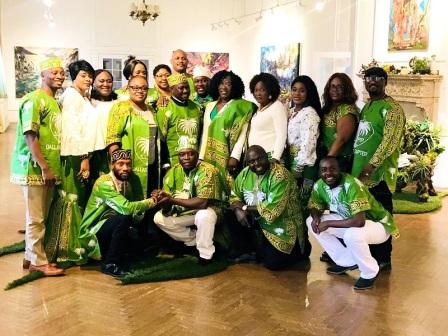 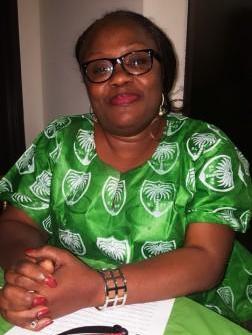 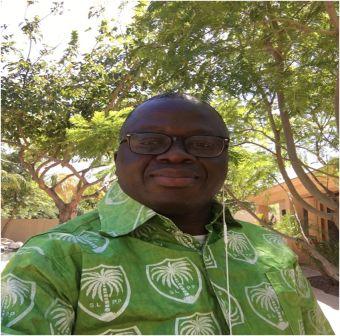