Christmas is over and we are now middle of January and as usual, families are going through tough times now after spending some extras to celebrate the holidays.  Those with deeper pockets like our government personnel have no problems in scaling through this period.

For the many, it’s going to be an agonising prospect, not counting those that will suffer more and more.  The foregone is only referring to the up market, and for the forsaken affording a decent meal during this period is more of a visitation from the creator.  The high cost of food is the simple reason for this sore state of affairs.  For most Sierra Leoneans, their monthly salary is spent in maximum one week, which is not healthy for a modern economy.  It is a huge problem that many spend lots of time and brain power looking for its solution like the proverbial illusive little needle in that prodigious economic haystack.

On the other hand, our quest for a permanent and tangible solution to the ever changing economic challenges in the country is sometimes lost in the numerous solutions on offer.  The intensity and perhaps, the hopelessness of the problem makes it appear that the politicians are doing nothing.  In reality they are sweating it off in addition to using atomic microscopes and laser guided precision instruments to locate the solution.  But the irony is they are looking at the wrong places and probably at the wrong direction and the wrong people in government.  The worst part of the problem is the internecine struggle between the main political parties, which prevents them from agreeing on a coherent national policy that will be implemented regardless of who is in power.

It is very important to note that there are quite a few economic storms that are beyond our control, irrespective of who is in power, especially the price of petroluem products, a phenomenon that fuels the perennial inflationary juggernaut, which destroys economic ventures with demonic vengeance.  Like all economies around, Sierra Leone has two main economic schools of thought: those who believe in central planning vis-à-vis market economy.  And without doubt both are literally drowning us with economic models that they believe will release all our potential.  To alleviate the high cost of living one of the most recurring solutions by far, many propose salaries and wages that will make workers economically sufficient without any idea whether the government is able to generate enough revenue to meet those wage bills.

The simplest definition for inflation is more money chasing few goods, which suggest that in the event of inflation there are not enough goods to meet everyone’s needs, hence the rationing through high prices.  Sadly, some utopian thinkers who do not have deep understanding of economics attribute that to price gouging, hoarding, profiteering and all those demonising words that make them feel righteous.  So the underlying factor as far as the high cost of food is concerned is productivity.  The perennial high prices of food, which developed roots during the AFRC tragedy, besides the inevitable leaving the economic dented and battered was a strong indication that our food production is below the functional economic level.

Every now and then we hear government officials beating the mantra of self sufficiency in food production and tractorisation, which is wonderful but the real emphasis should be on how to increase productivity per head, and that require the application of modern technology.  What is the essence of being self sufficient when what is produced is beyond the budget of the average worker?  The rice produced in the country is far more expensive than the ones imported.  Most economic recessions are brought on by a reduction in commercial activity, which is literally a reduction in the rate at which money changes hands.  And in our economy the rate at which money changes hands is limited by the high prices of food.  We have to remind ourselves that economics is the allocation of scarce resources, which have alternative uses.  And we all know that an average monthly wage of around Le200,000 has many alternative uses.  Any person on such a wage with high metabolism will need not less than half of his income to keep body and soul together.  However that expenditure puts a fatal dent in the average John Doe’s purchasing power.  Let’s for discussion sake assume the cost of food is slashed by half across the board.  That will free up a quarter of an average of John Doe’s monthly earnings, and this could be used elsewhere to increase economic activities.  For example, buying a new shoe or having a dress made will give employment to these tradesmen.  It wouldn’t have been possible with his Le150,000 food bill.  Assuming he decides not to use it and opt for a savings account. It will increase national savings, which will in turn bring down interest rate to facilitate economic expansion that we desperately need.

There are those who attribute the high cost to wastage, poor road network etc., which I am with them.  However, modern agriculture actually involves cultivation, transportation and marketing. In effect it is fair to conclude that our agric sector is not comprehensive in its organisation, which can be said of most of our industries.

It is increasingly becoming crystal clear that we can no longer leave our food production to our villagers who cannot read and write, besides farming knowledge and equipments that have not change for the past 200 years if I have to be modest.  So if the high cost of living bothers you that much then you can seriously think about farming, especially the production of staples likes rice, cassava, yams, corn and vegetables with the application of contemporary technology.

Now when the cost of food is brought down it will result in an increase in the purchasing power of the people without an increase in wages which leads to inflation.  Can you imagine the impact of low food prices on low salaried workers such as teachers, police and other important government agencies?  Firstly, their psychological frame and confidence will improve leading to productivity, because they wouldn’t have to think seriously about how to make up for the short fall in their food budget.  They can be selective and opt for quality and better nutritious food, which will improve on the health of the nation.  Bribery will be reduced to the barest minimum since most people who take bribes are out of necessity if we have to be honest with ourselves.  Meaning delays in the processing of documents by the various ministries and district councils can be reduced to manageable levels.  Poor families will not have to pay extra tuition fee for their children to make up for the shortfall in their studies and the possibilities are endless.

Though the application of technology will initially displace a lot of farmers in the long term better jobs will be created.  After all an optimum level of our work force that should directly be employed in the agric sector will have to be less than 10% instead of the current 50%.  An increase in food production will have multiple advantages.  It will help curb the constant depreciation of our currency as food importers will have fair competition on their hands and it will not be economically viable for them to continue using scarce foreign exchange freeing up more precious currency for capital goods that cannot be produced in the country.  Poultry farmers will have cheap corn to feed their birds bringing down their market prices.  Every child can have an egg everyday if the family so chooses.  It will encourage people to use process food as they become cheaper increasing our food stock in the process to counteract high prices during lean seasons.

Politicians are assiduously looking for an economic magic wand that doesn’t exist.  Their part in this jigsaw is to simplify our tax system and a way to collect them in order to generate enough revenue without resorting to foreign loans to construct our roads, which is hugely important to sort out the food problem.

Creating legacy of change in a tur... 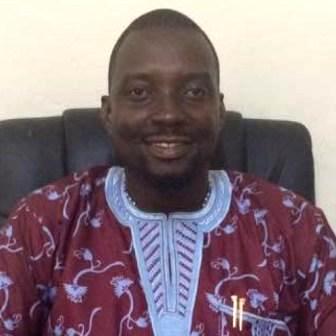 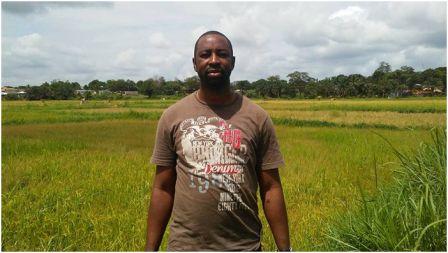