Progress on HIV and AIDS Response in Bo 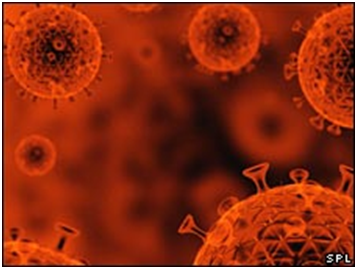 Progress on HIV and AIDS Response in Bo

The response to HIV and AIDS is in top gear in the Southern part of the country. Bo City was recently rumoured to have a higher HIV prevalence rate. In spite of the fact that country’s second capital city is realizing a great advancement in economic growth and development, the entertainment industry has succeeded in promoting lots of immorality. This has prompted those in the AIDS Response sector to make positive moves in order to put a stop to new infections.

According to the District HIV and AIDS Supervisor who also doubles as a Counselor, the number of people who are now turning up for HIV test has increased more than ever before in the history of Bo City. This is so because of the level of awareness that has reached every corner in that part of the country. Mohamed Kabia said they are undertaking pre-test counseling and testing services in the HIV depart in the Bo Government Hospital. He informed this reporter that they are working in collaboration with the National AIDS Commission and other partners to do much sensitization and free condom distribution.

“We have a first line treatment, which is prophylaxis, wherein all positive cases receives medical attention,” he said, and added that when the individual is fully aware that he or she is HIV positive a CD-4 count test is carried to know whether the viral load is low.

“If it is below 350 we give out antiretroviral drugs together with other drugs for opportunistic infections,” says the District Supervisor.

Even though they have enough ARVs for HIV positive cases, Mr. Kabia said one of their challenges is sensitization. “We want more support from the media to help us reach the unreached so that Sierra Leone will be proud enough to achieve the Millennium Development Goals of 2015,” he said.

He however confirmed that they are presently getting about thirty cases per month. Mr. Kabia assured that with the help of partners in the national response, the entire Bo District will contribute greatly to achieve the ‘three zeros’ (zero new infection, zero HIV related illnesses and zero stigma and discrimination).

When compared to other countries in Africa where 40% of the population are infected with HIV, one is tempted to believe that Sierra Leone is lucky.  But we must remember that those countries that now have four persons out of every ten persons infected with the virus once started with a low prevalence rate such as we have in Sierra Leone today.

The problem with a low percentage of HIV rate in Sierra Leone is found in the fact that the low prevalence rate can induce apathy, complacency and indifference.

When this happens, the disease steadily continues to grow without any prioritized effort to combat it as no one sees it as a big threat. If the low percentage of the epidemic in Sierra Leone is seen as an opportunity to intensify the struggle against it, and it is kept as a result of our combine efforts, the low rate of infection would have been a blessing to all of us.

But if the low percentage is treated with levity and contempt because it is low, it will continue to grow until it overwhelms the nation and destroys the very productive segment of society and threaten our very survival as a nation.

The low prevalence of HIV should serve us as a reason to work towards its prevention by containing it or even reversing its growth as Uganda has succeeded in doing in recent times.

Despite the high political commitment, the involvement of our traditional leaders, parliamentarians, civil society organizations, faith-based organizations etc, and the activities implemented so far, the country continues to experience new infections every day. This alarming situation provides a justification for the acceleration of HIV prevention efforts in order to reduce the spread, thereby making a comfortable reverse. This, therefore, requires all sectors of our society to come together in a unified struggle to reverse the spread of HIV infection and contain its impact in our society.

HARA is an institution created by members of the Fourth Estate to join other stakeholders in Sierra Leone to give full coverage and to expose the dangers of HIV to help control the infection through mass sensitization.

Members of HARA are fully aware that HIV and AIDS has no cure as of now, which means that everything possible must be done to prevent the transmission of HIV and AIDS by adequately strengthening the prevention regimes of the epidemic.

The main focus of HARA then, is to make members of the public conscious of the devastation that HIV/AIDS can cause and the fact that there is no cure for the disease at the moment.

The highest priority of HARA then becomes the sharing of essential information about the methods of HIV prevention to create a healthy environment through the application of that knowledge.