Amadu Bah, a Sierra Leonean businessman is reportedly missing from his home at Kissy Brook minutes after relatives accused him of being gay.

In an interview with one of Amadu’s relatives, a student of the Institute of Public Administration and Management (IPAM), Fatmata Bah, she opined however that indeed her cousin (Amadu) was gay since childhood.

She said that according to their traditions, gay is a complete taboo to the Fullahs.

She maintained that since childhood up until now, she has never seen Amadu with a girlfriend at all.

That Amadu has not got a child up until his disappearance from home.

He was always observed behaving like a woman and hates men.

His uncle, Bailoh Bah said he will live in peace if Amadu is located and dealt with for transporting curse into their family.

“As family members, anywhere we see Amadu we will not leave him go, but assassinate him,” Bailoh said.

“Law or no law, if we see him we will not spare him at all. We don’t care if we are jailed for eliminating a gay from our family.”

Amadu was last seen at the Aberdeen/Lumley beach in the company of a white national.

In his words, Amadu was spotted as saying that he is a gay till death and will surely not sit by and see family members kill him. 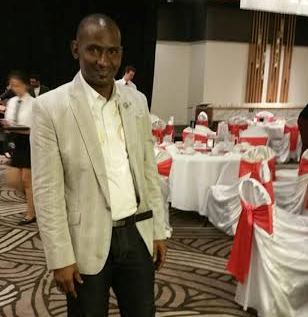 Thank God MRU is in Australia

Another Gay activist of the famous ‘Gay...