At a one day sensitization meeting on the concept of Attitudinal and Behavioral Change in Bo on October 20th, 2011, community members of the township overwhelmingly registered their appreciation for President Ernest Bai Koroma’s Agenda for change.  (Photo: High table)

In his statement the paramount chief of Bo, PC Prince Lappia Boima IV mentioned that the reason why Sierra Leone still keeps grapping to development is the existence of grave attitude and behavior among her citizenry. He said President Koroma’s effort to establish the Attitudinal and Behavioral Change ABC secretariat was a move in the right direction.

PC Lappia Boima IV mentioned that bad attitude and behaviors which exist in every facet of society are tremendously affecting national progress. The dynamic young paramount chief disclosed as a demonstration of his appreciation of President Koroma’s Agenda for Change he has put up negative attitudes and behavior at the detriment of national development.   He encouraged Sierra Leoneans to have positive dreams of having a country with disciplined population, God fearing leaders and abundant facilities for national growth.  PC IV said dreams can become realities when citizens enforce their commitments with positive behaviors

Making his keynote address on behalf of the Resident Minister South, Mr. Moijoi Kaikai, the Provincial  Secretary of Southern Province, Mr. Quee admonished participants that the only thing that will make Sierra Leone match  up to other  developed countries is by changing the negative attitudes of  citizens. He congratulated the ABC Secretariat for taking a lead in this process and encouraged them to be resilient and focus.  According to him bad behaviors especially among government employees is creeping government resources. He disclosed he has bought the agenda for change and he is ready to implement change among members of the Bo Township. The Provincial Secretary vowed that he will henceforth be monitoring institutions to see that employees abide by their respective code of conducts. He advised that people should not see the agenda of ABC Secretariat as a political exercise. He proffered that the need for positive change is a national agenda devoid of political manipulation.

Introducing the ABC concept, the Executive Director of ABC, Dr. Ivan Ajibola Thomas thanked the people of Bo for comprehending the values of positive change. Dr. Thomas disclosed that his secretariat is poised to transform the mind set of Sierra Leoneans. The task he said is herculean, but with the partnership and cooperation of Sierra Leoneans not withstanding tribe, class, religion, age and sex, it will be easily achieved.

The Executive Director of ABC said it is because partnership and cooperation are important to the goals and objectives of the Secretariat that is why the secretariat intends having every Sierra Leonean onboard.  Dr. Ajibola Thomas made a clarion call on all and sundry to avoid making lip service to President  Koroma’s  agenda for change.  He calls on them to view their participation in the change process as a national cause.

In her contribution the National Coordinator and second- in- command of ABC, Ms. Nanette Thomas decried the prevalence of negative attitude and behaviors in the country. She informed the audience that the neglect by previous governments to checkmate these oddities has retrogressed Sierra Leone from its enviable status of Athens of West Africa to a failed state.  Nanette Thomas described President Koroma’s agenda for change as not just timely but also apt.  She called on participants to avoid the common habit of procrastination.  Procrastination the National Coordinator and Second-in-Command of ABC said is a negative attitude that most people have inculcated and they forget that it is the thief of valuable time that steals people’s joy.  She further harped on the law of  “The Garbage Truck” Madam Thomas said according to the law no person should allow another person’s behaviour to make him/her annoyed.  Allowing this influence she said leads to bad attitudes and behaviours.  A major thing Madam Thomas urged participants to respect is TIME.  The culture of what is referred to as “BLACK MAN TIME” is counterproductive and uncalled for.  This negative attitude must stop she stressed. Hours of work are from 8.a.m to 4.45p.m with a thirty minutes lunch. She advised that time is a limited resource and ought to be managed expediently.  She called on the youths to trace their true identity adding that this could be expedited through quality education.

Mrs. Michaella Michaels who chaired the sensitization program lauded ABC Secretariat for engaging the people of Bo.  She revealed that like other parts of Sierra Leone Bo is adversely affected by odd attitudes and behaviours.  Mrs. Micheals said the effect is greatly visible among youths who are no longer performing in schools, and are now actors of violence.  She claimed that the ABC Secretariat sensitization will help sensitize Bo community. Mrs. Michaels called on participants to make use of the sensitization by taking the message far and wide. 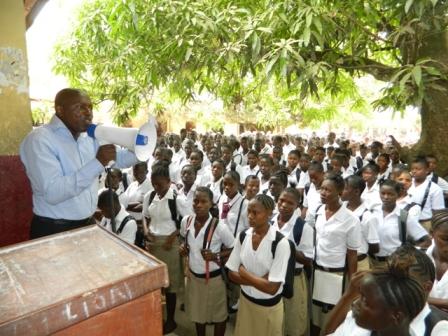 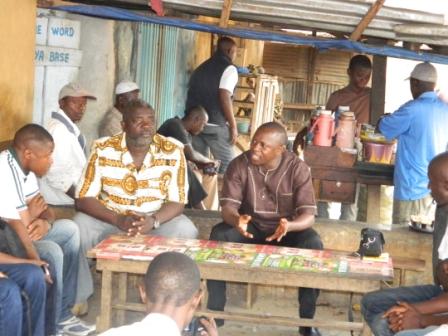 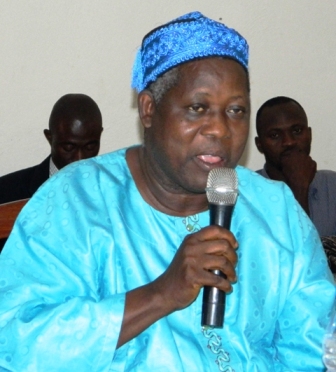 ABC is the gateway for development says...