Sierra Leonean celebrity, singer/songwriter and actress Giileh Scholz was amongst the group of artists present at a recent meeting held in Freetown, Sierra Leone promoting the need for enactment of an anti-piracy legislation for the music industry in Sierra Leone. “The government is moving on this issue in the right direction, it will be a great  day for all musicians in Sierra Leone when it does happen and I am very delighted to be here to support the effort”, she remarked in a brief statement to the press a day before the piracy law was passed.

The USA based singer is currently meeting with other Sierra Leonean artists to promote and encourage discussions on the various ways artists can use the medium of entertainment and their status as celebrity role models to empower the youth and help them deal positively with the challenges they face in life.  A few days after her arrival in Sierra Leone, she had an opportunity to do just that on SLBC TV’s “Wey Us”, one of Sierra Leone’s most popular shows hosted by Daniel Moseray. This theme was further underscored in her subsequent appearance as a guest on Haja Kadi Johnson’s “Uman to Uman”, a program showcasing the accomplishments of successful Sierra Leonean women.

This latest crusade is a natural progression for Giileh, who is also the founder of the non-profit organization, Save the Nation Inc. A USA entity that continues to provide assistance to the survivors of the catastrophic Shenge boating accident in Sierra Leone. Save the Nation will be donating books and other school supplies to school children in Shenge and will also be providing basic farming utensils to their respective families. Eventually Giileh sees the organization as providing similar assistance – educational supplies and farming utensils to school children and families in other regions of Sierra Leone.

A humanitarian at heart, in addition to her commitment to Save the Nation, she also consistently devotes a commensurate amount of her time and talent to various other non- profit organizations in the USA with ties to Sierra Leone. –  A recent case in point is her visit to support graduation students of her alma mater, Saint Joseph’s Secondary School at their Leavers day event. Under the auspices of alumni colleague, Alison Harding, the guest speaker for the event Giileh was given the opportunity to interact with the students and see first-hand, chairs donated to the school by the association.

During her visit, the star also hopes to create awareness in her scheduled TV and radio interviews about key leading projects of some of these organizations, those with the potential to be of tremendous benefit to Sierra Leone. One such organization is Patricia Thorpe-Finney’s Save Sierra Leone Foundation an organization focused on creating awareness about the need for better education, quality healthcare and poverty alleviation in Sierra Leone.

The singer plans to do a few public performances during her visit, and intends to shoot video scenes for two songs from her highly acclaimed debut album “Bringing the News.” With an increase in radio and TV coverage of the album in Sierra Leone on programs such as “Musical Mix” hosted by SLBC’s entertainment icon King Milan, momentum is already building for “Bringing The News” planned release and anticipated sale in Sierra Leone. Since her extraordinary and extremely successful launch of the album in the USA and her quick ascendancy as Sierra Leone’s leading artist entertainer both on the music stage and in the theatre – she played the leading role of Madam Yoko in Kolosa John Kargbo’s play ‘Let Me Die Alone” directed by David Vandy – Giileh continues to make fresh inroads in the entertainment industry, pioneering efforts designed to be beneficial to all Sierra Leonean artists. Her latest accomplishment, consummated just before her visit to Sierra Leone is the establishment of the Sierra Leone Association of Artists and Musicians (SLAAM). SLAAM will be the platform for Sierra Leonean artists to leverage their efforts to advance the recognition of their skills and talents in the extremely competitive American entertainment industry.

So what’s the driving force towards all this collaboration? The answer could be summed on two levels. Firstly there is that deep and passionate humanitarian desire to uplift others that Giileh harbors. Secondly she seems to have a clear understanding of anticipated changes and opportunities in the entertainment industry. In a recent conversation with a radio station host in Kansas USA, she indicated that “the trend in the entertainment industry is nothing but a mirror of the general world trend towards globalization. This global trend indicates that winners in the future will probably come from champions of co-operations rather than from champions of competition.”  As an executive in her own management consulting firm Shenge Management Consulting, she probably knows what she is talking about as she will be engaged in collaboration discussions with in country Sierra Leonean businesses seeking to pursue alliances with their counterparts in the USA.  Also as an award winner for her “Bringing the News Album” at the recent 2011 SLMTV awards show in the USA, we can possibly conclude that she seems to have definitely appropriated a winning philosophy for her up trending and explosive entertainment career growth. 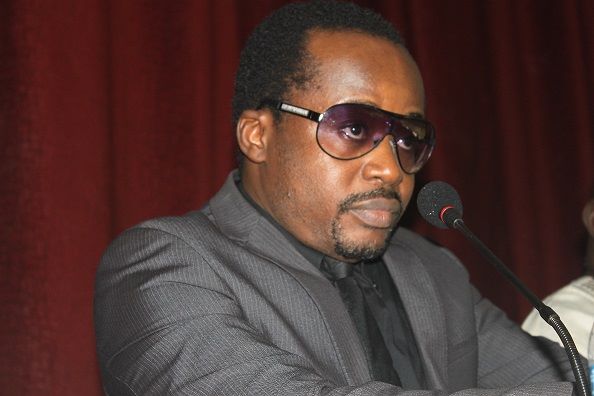 Ebola is also killing our entertainment...

SLAAM Honors the Legends of the Sierra L... 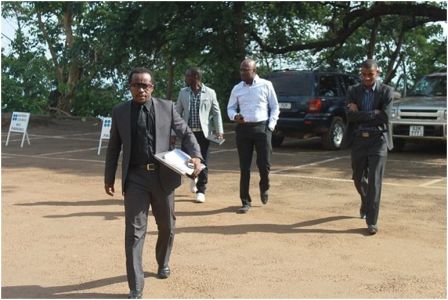