Residents of Koindu Town in the Kissy Teng chiefdom, Kailahun district say the issue of Yenga being claimed by Guinean authorities is still a serious matter, as the Guineans have now moved further into Sierra Leonean territory which they have also claimed, but that the government of President Ernest Bai Koroma has continued to show a lack of interest in the matter.

Mr. K. Kabba a chiefdom authority inÂ  Kissi Teng Chiefdom said in an interview with Sierra Express Media that although there were talks concerning the land, the occupying Guinean forces continue to disrespect all protocol and are now embarking on seizing farms from Sierra Leonean farmers, including a large track of land which they have also occupied. “2009Â  will be a year of hunger for us in Kissi Teng,” Mr. Kabbah said.

Mr. Kabba further said they have repeatedly complained to State House but that the government has not done anything to correct this anomaly.Â  He further said that at community level, Kissi Teng Chiefdom representatives and their Guinean counterparts across the river have held a series of meetings between authorities of Kissi Teng and Guineans adding that the Makuna River Union had met several times over this issue but yet still there has not been any improvement for Sierra Leoneans.

Mr. Kabba urged government to do something now as Sierra Leoneans residing in Yenga are suffering in the hands of Guineans troops.

Yenga is located in Kailahun district and Kailahun District is located in Sierra Leone, so how can the Guineans claim ownership of a land which is not situated within their border?,” Kabbah asked.

A call for a confrontation with the occupying Guinean forces has already been made with ex-combatants indigenes of Kailahun said to be secretly planning to battle it out with the Guineans if the government refuses to act.

“The people of Yenga should be reminded of the ten year rebel war which started directly in Kailahun and they should know that no government has ever shown an interest in the land therefore we cannot sit back and look other nationals come in our communities just like the RUF took us by surprise from Liberia,” Kabbah said.

The Koroma government meanwhile continues to keep silent on the Yenga issue. 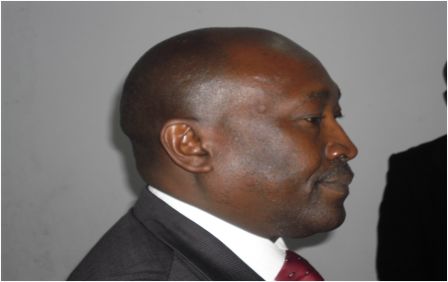 How about occupying Yenga, Sierra Leone...