StockMarketWire.com – African Minerals (AML), the PLUS quoted company, has announced that it has signed a Memorandum of Understanding with China Communications Construction Company (“CCCC”) in respect of the optimisation and finalisation of a Final Engineering Study (“FES”) for all aspects of infrastructure for the Phase II and Phase III expansions of the AML Tonkolili iron ore project in Sierra Leone.

Subject to parties agreeing a formal appointment contract, CCCC will develop the FES, and on completion will prepare a proposal to act as Engineering, Procurement, Construction and Management (“EPCM”) contractor to the Company. Subject to final agreement, CCCC will be appointed AML’s Strategic EPCM Contractor. The Understanding, which is intended to be binding between the parties, will be exclusive for a period of 6 months, during which time the engineering studies will be completed.

CCCC, AML and the Government of Sierra Leone also intend to establish a Joint Venture to design an expansion to the Bumbuna hydro-electric power generation facilities to satisfy the power needs of phases II and III of the Tonkolili project.

Following the completion of the FES, and subject to the award of the EPCM contract, CCCC will use its best efforts to facilitate debt funding to part finance the design and construction of Phase II, Phase III, and, separately, for the related hydro-electric power infrastructure.

Commenting on the MoU, Frank Timis, Executive Chairman of African Minerals said: “We are delighted to have signed this agreement with CCCC, one of the largest construction companies in the world. Their engineering excellence and ability to procure funding will help to accelerate our expansion and development of phases II and III.

This infrastructure development agreement, if consummated, which incorporates the potential development of major hydro-electric power generation facilities, will benefit the Company and its stakeholders, and will provide substantial benefit to the Government and the people of Sierra Leone.” 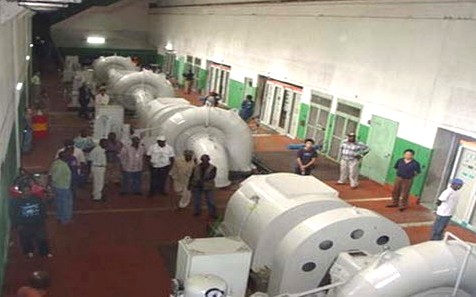