“China is not a superpower, nor will she ever seek to be one. If one day China should change her color and turn into a superpower, if she too should play the tyrant in the world, and everywhere subject others to her bullying, aggression and exploitation, the people of the world should identify her as social-imperialism, expose it, oppose it and work together with the Chinese people to overthrow it.” Deng Xiaoping.

I have been in China sometime now and I am able to understand and feel the success of this nation in terms of education, economy and social infrastructure. China’s success should be viewed with all seriousness especially African countries that can learn from them.

The unification of the people under communism and the determination of their leadership have made them what they are today. Three decades ago, China’s illiteracy rate was discouraging and they only way they can succeed was using a system of government that brings out unity.

In Africa we embraced the Western system of governance when we knew we were/are not prepared for it. More than 60 percent of our population is illiterate, when elections come we vote on tribe, region, and religion and always have the wrong leadership in power up till today and this has been the reason for our demise.

As for China, under there own system and refusing to copy the West has made them what they are today. Nobody saw it coming, not even the United States or Europe. As a matter of fact, nobody expected that one day the Chinese would take over the global market.

For years, the capitalists propagated the false notion that communism was a failure. Socialism was battered to the ground. The collapse of the Soviet Union, more or less, sent a signal to the world that communism was over and done. After the demise of the Soviet Union, everybody was expecting countries like, China, Cuba, and North Korea to follow suit. Well, how miscalculated this unrealistic expectation.

The Soviet Union didn’t collapse because of communism; they collapsed because the leadership failed to be a communist country, which means that they cared less for their people. The Soviet leaders became military centered. Rather than attending to the needs of the people, they were more interested in creating weapons and sophisticated war machines. In short, they were more interested in becoming a world military super power than anything else. The consequence, billions, if not trillions of dollars, went into the arms race with the United States and destroying the economic fabrics of the country.

To their utter surprise, the Soviets woke up to discover that they had more weapons than bread to eat. The Soviet leaders, as opposed to minding the Soviet economy, had left it in neglect. Poverty quickly ensued due to the absence of money in the dysfunctional economy. This was what caused the fall of the mighty empire.

In comparison to the Soviet Union, the Chinese are interested in creating an economy, which will engulf the whole world. From the word go, the Chinese had but one agenda. The agenda was; global economic domination. Quoting Deng Xiaoping he said: “When our thousands of Chinese students abroad return home, you will see how China will transform itself.” Today we have seen that effect in the Chinese economy.

A country, which cannot market itself, is doomed. So, what did the Chinese do, they began sending their sons and daughters to the West to learn. Mind you, not to learn about the Western culture, or its so-called democracy and capitalist system, absolutely not. These brilliant students were sent to learn how to manufacture what is bought and sold in the West, so upon their return, these students started the manufacture process these commodities. How brilliant was the idea.

Today, the results speak for themselves. The Chinese have done the unthinkable. They have taken over the world’s economy. Monies are coming from all angles, and Chinese banks are lending monies to countries in need and also investing billions of Dollars, including investing trillions of Dollars in the United States.

Today the United States feels threatened and has been using human rights record and social networking to cripple their enemies, Africa has been affected, but China and the Chinese people have braced themselves long ago to withstand such outside pressure.

What China has achieved with its global market-economy isn’t a miracle. It’s called strategic planning embedded in scientific socialism. Of course, China’s success could be copied by many other countries that needed success. In order for Sierra Leone to successfully copy this formula, the country must unite and strategically plan out its future by making sure we improve drastically the low rate of illiteracy so that our people can read and understand what is better for them. Mind you, we need to play as a team if we are to succeed. In South America, for instance, most of the countries there are abandoning the Western ideology by building their own type of system that will breed continuity and development at a faster rate.

Countries like Venezuela, Brazil, and Argentina are embracing a kind of system that is closer to one-party system because; it allows them to strategically plan ahead on a long term basis. Also, noticeably, most of these countries are looking at the Chinese socio-capitalism that has brought them so much success as the only way forward. If you want to prove me right or wrong just look at BRICS and G 20 and see who the strongest countries there are.

For those of you who don’t know, we Africans are socialist. For years, our families have been structured on this very concept. Uncles take care of their nieces and nephews. Married husbands extend their goodness to their wives’ family. In essence, we are communal people. So, in fact, the word communism shouldn’t sound strange to us at all. Mind you, the West aren’t like us, they brought Democracy which means divide and rule.

They are selfish when it comes to family. As a result, they have created a system, which reflects their way of life. This system is called capitalism. In it, it’s each one for him/herself, just like their way of life. Sadly, colonialism has caused us to trade these ideals and we are now the opposite of what we truly are. Hence, we have bred our numerous socio-economic woes and predicaments. It’s time, therefore, that we rethink and look to the Asians and South Americans and work with them for success.

China is no more the sick man of Asia but now the world’s factory. After years of state control of all productive assets, the government of China embarked on a major program of economic reform. In an effort to awaken a dormant economic giant, it encouraged the formation of rural enterprises and private businesses, liberalized foreign trade and investment, relaxed state control over some prices, and invested in industrial production and the education of its workforce. By nearly all accounts, the strategy has worked spectacularly.

Most people visiting China are shocked to see how highly developed and motivated the people are. The Western media over the years have painted a negative picture of China and we have believed them until today.

China had seen annual growth of 6 percent a year even though they had been having hiccups here and there along the way they saw average real growth of more than 9 percent a year with fewer and less painful ups and downs in this millennium.

In several peak years, the economy grew more than 13 percent. Per capita income has nearly quadrupled in the last 10 years, and some analysts are even predicting that the Chinese economy will be larger than that of the United States sooner than later. Such growth compares very favorably to that of the “Asian tigers”-Hong Kong, Korea, Singapore, and Taiwan that, as a group, had an average growth rate of 7-8 percent over the same period.

An IMF research team, who were curious about China’s economy, recently examined the sources of the growth and arrived at a surprising conclusion. Although capital accumulation – the growth in the country’s stock of capital assets, such as new factories, manufacturing machinery, and communications systems – was important, as were the number of Chinese workers, a sharp, sustained increase in productivity that increased worker efficiency was the driving force behind the economic boom.

According to my research, during Deng Xiaoping era, productivity gains accounted for more than 42 percent of China’s growth and by the early 1990s had overtaken capital as the most significant source of that growth. This marks a departure from the traditional view of development in which capital investment takes the lead. This jump in productivity originated in the economic reforms that began in 1978.

The just concluded CPC meeting has opened the way for more strategic investment in the human resource sector, the military and social infrastructure. China is aware that development should be two fold, as the economy is developing so the defense of the country by making sure the military is highly developed and up to date.

The Chinese government has been working assiduously to improve their citizens’ life and making sure they live a life worth living. Today, the Chinese are not only saving but have increased their spending, which has been welcome by their government.

China’s economic performance clearly is no flash in the pan. Its growth this decade has averaged more than 10 percent a year and is still going strong over the last three years. Because its success in recent decades has not been export-led but driven by domestic demand, its rapid growth can continue well for a long time to come, unfettered by world market limitation.

China’s likely continued success will eventually bring an end to America’s global economic preeminence, requiring strategic reassessment by all major economies especially the United States, the European Union, Japan, and even China itself.”

I will end again by quoting Deng Xiaoping who said: Keep a cool head and maintain a low profile, … Never take the lead – but aim to do something big.”

Table Tennis is my dream 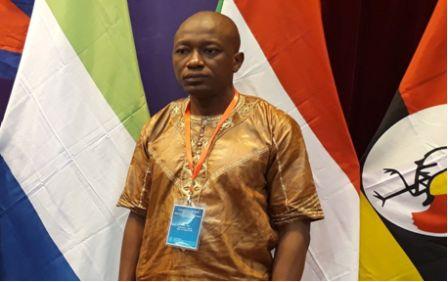 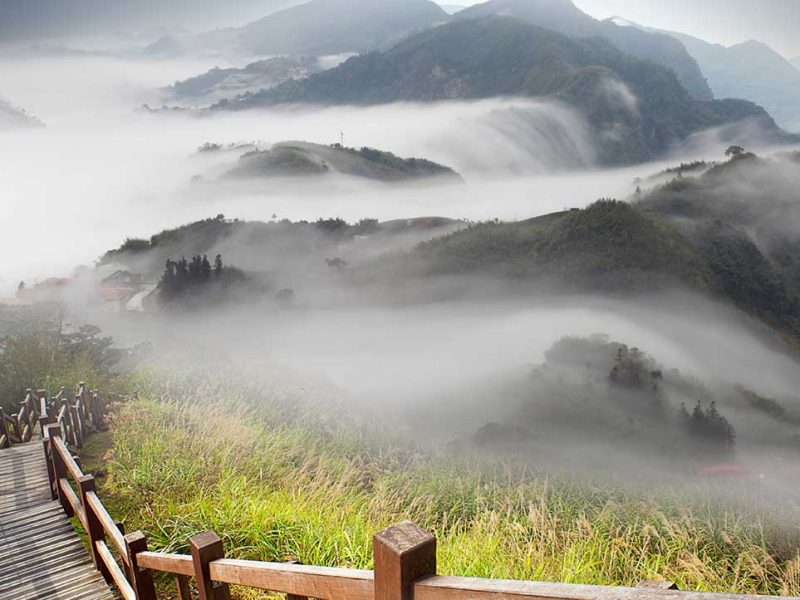 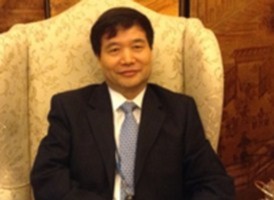