Sierra Leone’s most popular musical group – The Dry Eye Crew, is said to have had a serious split due to a rift from the members.  The group which is made up of combined musicians: Pupa Baja and the Baw Waw Society  (in photo) and Jungle Leaders seem to have found itself in hot water which has resulted in split.

Sources within the ranks of Dry Eye Crew say persons representing Jungle Leaders decided to breakaway on the grounds of what they say was uncalled for and unfair treatment meted them by the manager of the aforementioned group.

Bilah Bah who doubles as the group’s manager, is assumed to have been holding several meetings to frantically pacify the break away faction and have the rifts settled, but failed woefully.

It could be recalled that the alliance between Jungle Leaders and Dry Eye Crew was as a result of the intentions of both factions coming together for the good of all.  Because members harvested no good at all it caused persons representing Jungle Leaders to call it quits.

It is reliably told that Jungle Leaders over the years have been marginalized and made to suffer the grunt of things in the hands of the management of the Dry Eye Crew.

It has reached this medium that Jungle Leaders are in total regret to have formed alliances with Dry Eye Crew; a group they now see as absolutely unreliable.

While left over members of Dry Eye Crew pacify the break away Jungle Leaders to make a come back, it has been authoritatively confirmed that the group (Jungle Leaders) operates on their own. 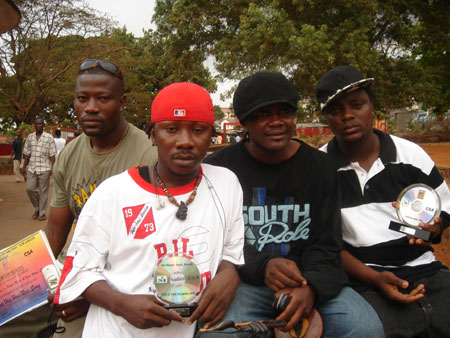