Following commemoration of the ‘Right to Know’ celebration Tuesday 28th at the British Council, The United Nations Integrated Peacebuilding Office in Sierra Leone (UNIPSL) Communication Officer, Peter Tiyon, in his statement, disclosed his organization’s heartfelt disappointment over the APC’s woeful sidelining of them being represented in the committee that examines the draft Freedom of Information Bill. Efforts to have officials of UNIPSL take part in the examination of the content of the draft Freedom of Information Bill proved unacceptable.

To UNIPSL, it makes a bond having them contribute in the scrutiny and read through the laws as enshrined in the draft bill.

It could be recalled that the Sierra Leone Association of Journalists (SLAJ) and civil society organizations have had loud and unstoppable cries, calling on government to take cognizance of recommendations in the TRC report and cause the enactment of the Freedom of Information Act.

In retrospect, and before the advent of democracy in Sierra Leone, successive governments have been used to censoring information, raiding media premises and pushing police officers against journalists refusing to bow to their slanted views of having bad information shelved in drawers.

It could be recalled also that even with the arrival of democracy, so to say, under the reigns of the SLPP and APC, journalists have written stories that government has objected to publication of.

The Freedom of Information Act, as legally told, compels public officials to allow journalists and media related officials access to information of public concern and say them out to all.

Sources say APC’s extreme refusal to have UNIPSL represented in the committee appointed to look into clauses in the draft bill depicts accusation of disagreeable manipulation to cause retention of clauses explaining the secrecy law.

The celebration of the ‘Right to Know’ day, which, to UNIPSL and civil society organizations, preaches right to information and the public’s right to know, brings to light the importance of people’s desperation to have the FOI Act passed. 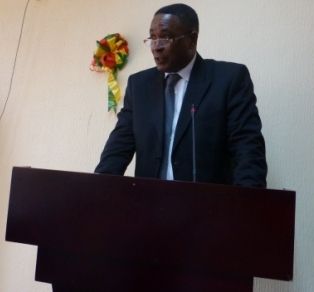