The new scramble for Africa’s minerals, the untold story

The new scramble for Africa’s minerals, the untold story

125 years ago the Western imperialists including America, Britain, France and Germany met at a round table to carve up Africa into neo-political and neoeconomic entities. This was known as the “Congress of Berlin” that became dubbed: “The Scramble for Afrika” Today the same western powers but now including the other countries from Asia and Europe are now involved in another “Scramble for Afrika”, this time for some very precious minerals of which could have just an impact as that first scramble for Africa.

West Africa has become the scene of intense competition between international mining companies as the price of minerals has risen after the recession of 2009. This has become known in certain circles as the “New Scramble for Afrika” based on the rich untapped deposits of minerals crucial for lap tops, computers, cars, mobile phone components, micro-chips and many other household and industrial good that the West and the others need.

“This latest scramble for Africa is part of the New World Order that I have been referring to in which the sole objective is to loot Africa and keep Africa a basket case and is proof of the neo-colonialism and neo-imperialism that Osagyefo Dr. Kwame Nkrumah warned us about more than 50 years ago and in the centenary of his birth, these prophecies have come true in the light of this development and other sinister developments on the African continent.

At the centre of this disturbing development is a region that covers parts of Liberia, Sierra Leone and Guinea. It is cited as the largest of the world’s remaining undeveloped minerals deposits. Guinean Mines Minister Mahmoud Thiam recently approved a joint venture between the Brazilian giant Vale and General Resources, run by Israel-based Beny Steinmetz. The northern part of the Simandou Mountains (the region of Guinea being explored by this joint venture) is disputed territory – Rio Tinto still disputes the Guinean government’s decision to remove half of its Simandou exploration rights. Towards the end of General Lansana Conte’s regime, after Rio Tinto’s rights had been revoked, Steinmetz took control of the northern Simandou block. Vale then paid the Beny Steinmetz Group (BSG) $2.5 billion to take part in the venture. These two companies intend to spend $8 billion on building mines, ports, and railways in Guinea and Liberia by 2020 to extract the iron ore from the region. The ore is to be transported out by railway through Liberia – finding its way back to the West to enrich the west and is a further part of the economic enslavement that I have been trying to impart into the minds of the readership. Rio Tinto is collaborating with Chinalco, described by the Financial Times as “China’s state champion”, in a joint venture to develop the Simandou southern block.

Hyperdynamics Corporation, based in Texas, is prospecting for oil in West Africa. In March it renounced its claim to 70 percent of its offshore sites, in order to concentrate on onshore deposits in Guinea. In May, Hyperdynamics confirmed that it had signed a revised production-sharing agreement with the Guinean government to extract oil deposits. Dana Petroleum, a Scottish oil and gas explorer, announced in December 2009 that it had agreed to buy a 23 percent interest of the Hyperdynamics concession. Bellzone, a British mining firm, declared in May that they had secured a promise of funding for new iron ore mining in return for access to the iron ore produced. CIF is funding all the required infrastructure development required for the project (at an estimated cost of $3 billion) including a 286 km railway, as well as port and power development. The iron ore must be transported along a Trans-Guinea railway to be built in collaboration with Rio Tinto. The railway will link what is left of the Rio Tinto’s Simandou concession to Bellzone’s Kalia concession, and then go on to a new port.

CIF is a Hong Kong-based company with connections to the Chinese government, which last year pledged to invest $7 billion in Guinea in exchange for access to mining and oil rights. China is willing to enter such costly arrangements because its industry requires increasing amounts of many raw materials, but especially iron ore ALL found in Africa. China has gone from being a net steel importer to a net steel exporter. Its steel industry has dramatically increased its output volumes. Domestic steel prices have reduced as a result, and the leading steel producers are boosting their exports to increase profits. Presidential elections are due in Guinea soon, with some of the parties saying that no new contracts should be signed before the elections, and that they will renegotiate the contracts if the elections bring them to power. Such claims are mainly for public consumption-the giant corporations exert huge influence over national politicians – i.e. that these multinational mining companies have already bribed both sides meaning that whoever wins the Guinean election, their interests are already safeguarded.

Rio Tinto and BHP Billiton are British-Australian transnational mining and resources groups with headquarters in London and Melbourne. On 14 June, it was reported that BHP Billiton had signed a $3 billion deal with the Liberian government to develop a large scale iron ore project. In January, Liberian President Ellen Johnson Sirleaf announced the government was granting a 25-year license for its Western Cluster to Elenilto, part of the Engelinvest Group, controlled by Israeli businessman Jacob Engel. Western Cluster is one of the largest iron ore mining sites in the world, with reserves of over 1.1 billion tons of iron ore. Earlier this year, ArcelorMittal resumed work on its $1.5 billion Mount Nimba project in Liberia that had been suspended since May 2009. Production is expected to start up in the middle of 2011.

In Sierra Leone, the London listed African Minerals plans to begin commercial production at its Tonkolili project in early 2011. The company says the reserves are amongst the biggest in the world.

Also in Sierra Leone, London Mining is to spend $300 million over four years on its Marampa project, expected to achieve primary ore production of 5 to 8 million tones a year by 2013.

Liberia and Sierra Leone have recently been mired in civil wars, started by the West namely America and Britain using stooges like Charles Taylor to carry out their dirty work, whilst they present themselves as being the saviours of these two countries whilst demonizing the likes of Taylor who they were willing to sponsor and support to deliver their agenda while Guinea with the French pulling insidious strings has been close to civil war since the military coup in 2008. In the Liberian civil war, more than a quarter of a million people died, half of them civilians. British and US troops were “sent” into Liberia and Sierra Leone to suppress the rebel groups. Both the civil wars themselves and the incursions by western backed and financed troops were mainly driven by greedy western ambitions to dominate the countries’ mineral resources.

Between 1997 and 2001, Sierra Leone was subject to interventions by Ecomog (the West African force dominated by Nigeria), Britain and the United Nations. Since the end of the conflicts, no substantial aid has been sent in to help with rebuilding or easing the plight of those whose livelihoods were destroyed by the conflicts that were started by the West and yet it was the same west who stated that they would send aid to re-build what in essence THEY helped to destroy – see the nature and double talk of western geo-politics!

All three countries suffer from grinding poverty, very low life expectancy and high infant mortality rates. Sierra Leone and Liberia are close to the bottom of the table of the United Nations Development Programme Human Development Index. The yearly gross domestic product of Liberia is around $1.5 billion, while that of Sierra Leone is no more than $4.5 billion. This shows the glaring disparity between the billions of dollars of profits made from these countries vast mineral deposits and the chronic poverty and underdevelopment suffered by the local population – all for the sake of Western and Asian economic domination whilst the masses of Africans go hungry, go to bed without adequate water and electricity supplies and lack adequate healthcare – something that people in the West and the developed parts of Asia take for granted at the Africans expense. The major effect of the expansion of mining in this region will be to widen this disparity still further. 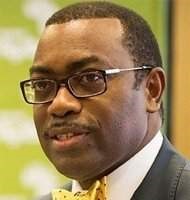