The Problem of Youth Unemployment In Sierra Leone

The Problem of Youth Unemployment In Sierra Leone

The root of the problem is set in numerous factors, including skills mismatch, a growing supply of labour unmet by collective demand, political instability and difficult economic environments. In light of this, the link between development and security is propelling a range of stakeholders to consider youth employment key to stability and long term and sustained economic development. Some of these conclusions have been drawn from lessons learnt the many impacts of problems of youth unemployment, especially that of youths in the country.

As a result, youth unemployment in Sierra Leone has been recognized as a potential trigger for social instability; the prolonged state of underdevelopment and economic stagnation. As has been indicated by the Truth and Reconciliation Report that came after the war, the problem of youth unemployment has been blamed as one leading factor in the prolongation of the ten year brutal war, a conflict that left the country in virtual disarray and gross underdevelopment.

Even though the country boasts of having a very youthful demography with 45% of its entire population been youths and 65% of the total youth population within the employment age; the problem of access to secure jobs continues to be problematic and as such is reflective on the socio-economic and security factors in the country. In addition, the problem of economic global melt-down and its attendant impacts on the country’s economy and labour market which has succeeded to worsen the situation in the country that has for over one decade now been labeled by the United Nation Development Index as one of the world’s poorest countries.

Beyond economic costs, high rates of youth unemployment and underemployment have social ramifications. Some youth with few job prospects and little hope of future advancement may see little alternative to criminal activities or joining armed conflicts as was evident in the early 90s when the country saw mass recruitment of unemployed youths into various fighting factions that were engaged in the rebel conflict. “Unemployed and underemployed [youth] are more exposed to conflicts and illegal activities” many of them fall prey to armed and rebel groups.

Youth unemployment in Sierra Leone exists in twofold, there are those known to have employable skills and those who virtually have very little or no skills; with the latter in the majority owing to the high rate of illiteracy and trades knowledge acquisition in the country.

Again, whilst the problem of youth unemployment could be blamed on the government’s inability to provide the requisite environment for the employment of its youths, it happens to be that most youths in the country also do not possess the necessary skills to be gainfully employed, skills that could help them be innovative and enterprising.

Youth unemployment is a neglected factor in the country’s growth and national development. As such, the problem of youth unemployment has and still continues to have gross negative impact on the economy, social coexistence and security of the country.

Continued neglect of this problem will keep on impacting negatively on the already poor economic state of the country, resulting in threats to our security, and apparently disturb the social co-existence of the people of the country.

The fact is that unemployed and underemployed youth making up the vast many of the population of the country; whilst having immeasurable toll on the economic and growth implications, it at the same time expose them to conflicts and makes them susceptible to illegal activities.

The World Bank’s Youth and Unemployment in Africa: The Potential, The Problem, The Promise report, released in December 2008, investigates the nature of Africa’s youth demographics and recommends policies to give its youth access to stable employment. It argues that creating viable jobs for young people is a re-condition for Africa’s poverty eradication, sustainable development, and peace; and in countries emerging from conflict, access to employment for youth is integral to peace-building processes.

These findings fit very well into the present youth employment situation in the country as recent developments with between youths wanting to take jobs in the Ministry’s overseas employment programme; recruiting them to serve in Iraq spells out the volatile situation of the Sierra Leonean youth in terms of employment and job security.

Establishing the Problem of Youth Unemployment in Sierra as one needing urgent redress “For 30 years, 48 percent of the country’s population has been within the age of 12 and 38. So, a constantly rising number entering the labor force ages is one of Africa’s biggest challenges.” The combination of population growth associated with high fertility rates and the slow pace of job creation in the country presents untold challenges to its youth. Despite the fact that the war has ended about 8 years ago, there has not been a sufficient increase in stable employment opportunities for young people and as such continues to pose similar threat to state security, economic growth and development and a cohesive society.

The State of Corruption in Sierra... 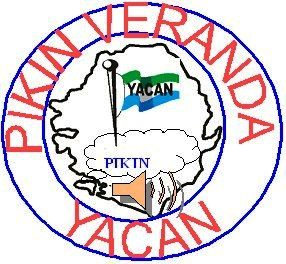