Dock Workers Down Tools For End of Service Packages 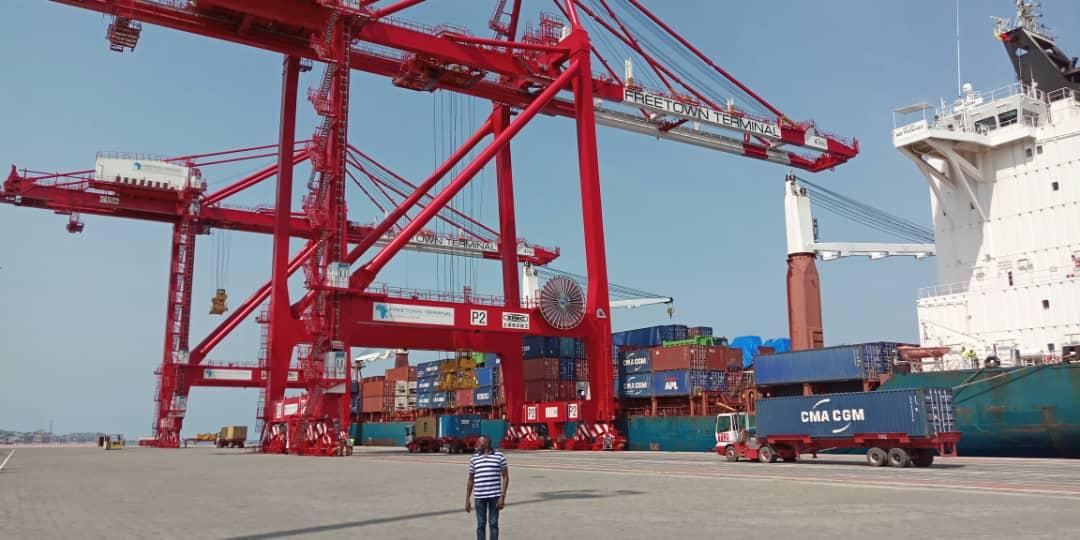 Dock Workers Down Tools For End of Service Packages

Reports from the Queen Elizabeth II Quay on Monday 4th April 2022 has revealed that dock workers of Bollore Transport and Logistics company have downed tools in protest over payment of their end of service benefits by the company, as it is now clear that Bollore has been bought over by the Mediterranean Shipping Company (MSC).

In a rather formal engagement, Ferdinand Valentine, President of the Sierra Leone Dock Workers Union, annoyingly stated that the management of Bollore, in connivance with the Mediterranean Shipping Company (MSC), are trying to treat them with malevolence and spite, and they are determined to ensure that the company meets with its obligation to its workers. He furthered that the Union will not let its members down.

Valentine assured workers that the integrity of the Union is far above betrayal and there is no way that they will allow some unscrupulous people to distort the progress of the process. The Union President affirmed that he is a fighter, and is determined to fight for the right of his members, as a good number of them are vulnerable and depend on the effectiveness of the Union to advocate on their behalf.

He further appealed to them that this particular moment is crucial and that everyone should tread cautiously, in order to avoid unlawful summary dismissals. Ferdinand cautioned that the Management is now looking for staff to be paid Terminal benefits without Redundancy packages, as such they are looking for any such opportunity to use as an excuse to summarily dismiss them. He admonished them to be each others’ neigbhour. He advised them to keep calm and go back to work, but the frustrated workers roared at the Union President, stressing that they are not going to work until their demands are met. They went further to assure them that they will engage the management of Bollore/MSC to ensure that their benefits are paid. President Valentine clarified that his suggestion is going to work after their demands have been addressed.

Ferdinand concluded by assuring them that their ten (10) or eleven (11) years of diligent service benefits will be paid to them by management.

As the open door engagement continued, an Operator, Eric Annan, representing the aggrieved workers, promised MSC that if their monies are paid, they will get the best of their services, and will do more than their expectations. Eric categorically stated that each one among them has a family to take care of on a daily basis, and that they are contributing to the economic development of the country in their own little ways. He also committed that they are ready to pay more attention on the job to ensure that additional effectiveness and efficiency is achieved. Devoid of the challenges they used to face in executing their daily functions, Annan updated that they have been doing their best for management to meet its proposed objective, and urged the new General Manager representing MSC, Nicolas Escalin, to prevail on his superiors in France a smooth transition process, so that he gets the required job satisfaction or else it would not be an easy task for him. He explained that “If I die here out of frustration, there would be nobody to sponsor my kids and it will be really pathetic. That money is very small, but it can do a lot in our lives. Please we are begging you people to understand that we do not want pieces, we want peace. Whether rain or shine, we are going to work; We are going to do our best and that is how we started Bollore. When Bollore took over, it was not easy. Those who know they know how we sacrificed to reach thus far. People coming from overseas will even climb the machine and slap you when his or her container is not properly treated. We have been going through thick and thin just to help Bollore achieve its stated goal, and why is it so difficult to settle a person who has diligently served you for eleven (11) years, especially when another person is taking over? Is it not simple to say hey my friend take that money and let us start a new business? Really, we do not need much; only let us get what we had worked for over the past eleven (11) years first”.

However, the Secretary General of the Sierra Leone Dock Workers Union, Allieu Fofanah, made it clear to the aggrieved employees that they have been discussing with the management far and wide, confirming that the workers have asked them to engage management in relation to giving them a specific date for payment of their benefits. Fofanah, after showering praises on them for making the Union proud, emphasized that they are ready to let the truth triumph, because it is only the truth that will last forever, which is one of the virtues loved by God Almighty. The vigorous Secretary General motivated aggrieved employees present that the Union is ready to do the pushing, and he then introduced the Representative from Ports Authority, Abu Bakarr Sesay to the audience. Fofanah updated that Sesay was present as a Moral Guarantor to the Agreement, furthering that they had a Gentleman’s Agreement with the management of MSC.

He ended by saying that

the management of MSC has decided to hold a closed door meeting with the Sierra Leone Dock Workers Union to discuss the way forward.

We Need the Best Education System,...