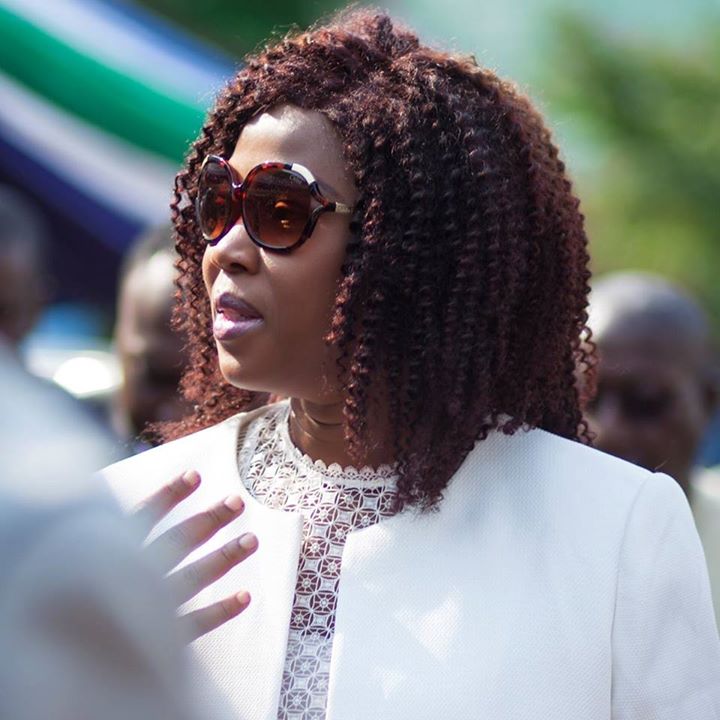 A serious rift has erupted between sections of the women’s wing of the governing Sierra Leone Peoples Party (SLPP) and the First Lady of the Republic, Her Excellency Mrs Fatima Jabbie Bio.

Both camps have accused each other of electoral malpractice in the just concluded election for National Women’s Leader held in Kailahun, eastern region, on Saturday, 27th November, 2021.

Following suspicions of vote stuffing, buying and rigging, the First Lady in what she said was a move to protect democracy and fair play, called for the cancellation of the results of the election.

On their side, disgruntled SLPP women accused madam Bio of over boarding behavior by using her influence to manipulate the process against the incumbent women’s leader, Fatmata Sawanneh, who is running for a second term, and rumoured to be in love with the President.

While the First Lady claims that the process was improper citing the disappearance of ballot papers at the time she was about to cast her vote, she was accused of using her security personnel to intimidate her opponents.

In a radio interview, the deputy minister of Internal Affairs Lahai Lawrence Leema, toed the line of the first lady, by justifying the cancellation of the results on the grounds that the process “is not consistent with democratic best practice”.

He further argued that cancellation lend credence to the integrity of the leadership.

In a public notice issued by the Secretary General of the party, who doubles as Deputy Minister of Justice, Umaru Napoleon Koroma announced the cancellation of the election without details, but assured that a future date would be disclosed for the conduct of the election.

“The entire membership of the SLPP is hereby informed that the election for the position of National Women’s Leader which was held at our party office today in Kailahun, has been cancelled. The membership will be informed about a new date for the conduct of the elections”, the notice states.

Meanwhile, social media is awash with insults by agitated women claiming to be SLPP stalwarts, venting their anger against the First Lady in the most disrespectful fashion, and challenging her authority in the affairs of the party.

They threatened to support the leadership of HE President Bio in the 2023 polls, if in their estimation Madam Bio continues to meddle in party affairs.

In sharp contrast, elections for Young Generation Leader held in Moyamba on the previous day ended successfully, although some aspirants cried foul over conditions to contest for the position, as stipulated in the constitution of the party.

Citizenship: The Right to Have Rig...