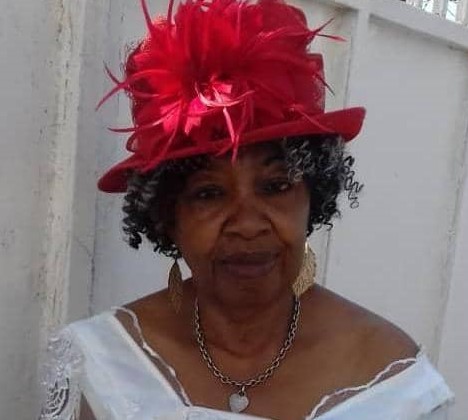 MRS. BLYDEN’S FUNERAL IS WEDNESDAY 7TH JULY 2021 WITH BOOKS OF CONDOLENCE NOW OPEN IN LONDON & SIERRA LEONE
The late Mrs Sylvia Editha Jolliminah Blyden’s books of condolence have been opened at the following two locations where sympathisers may call on phone or visit to sign the books:

The Edward Babatunde Blyden and Solomon Pratt Family regret to announce the sudden passing away of the beloved matriarch of our two families: Mrs Sylvia Editha Jolliminah Blyden, which sad event took place at the Choithram’s Hospital on the 22nd Day of June 2021, aged 76 years.

The following is an extract from recent letters written last year by the late woman to the British Prime Minister and also to Queen Elizabeth II of Great Britain whom the latter had once personally welcomed and played host to late Mrs. Sylvia Blyden at an event:

“My name is Mrs. Sylvia Editha Jolliminah Blyden. I am a dual Sierra Leone and British Citizen living in the United Kingdom. I am a retired pensioner, above the age of 75 years, having served the government and people of Sierra Leone in various capacities including serving as Teacher, Civil Servant rising to the Administrative rank of Senior Permanent Secretary and as the Development Secretary, Social Worker in especially the Sierra Leone United Nations Association as Secretary General, founding of its school branches, SLUNSA right across Sierra Leone leading to bonds of lifelong friendships formed when annually, those students would meet to stage the Mock Session of the UN General Assembly in Bo, Kenema, Njala, Makeni, Port Loko and Freetown. I was involved in many more Social activities in the State as well as in the Church. As a family, we have learned to interact with all religions, races and creed and my late husband and myself taught our biological and adopted children and grandchildren from all over the world, who choose to identify with us as a family, not to discriminate or let anyone feel inferior to us. We are all one in that our individual DNA identifies us as being of the human species living on Planet Earth.”

Indeed Mrs. Sylvia Blyden started work as a 24 year old, humble university graduate school teacher before entering the Sierra Leone Civil Service where she rose to the position of Senior Permanent Secretary and Development Secretary before honourably retiring on 30th January 2000 at retirement age of 55 years. She was then requested, in writing, to continue serving the country as a senior civil servant. However, after being a victim of an earlier persecution and malicious 11 months unwarranted detention in 1998 by the then regime, she politely declined the written request to continue serving as a senior civil servant and instead opted to permanently relocate to Britain. She, her husband and most family members moved to the United Kingdom and gained refuge there. Over the ensuing years, she was identified and appointed by her UK Local Council to become a member of several School Board of Directors. She also became a registered professional UK Childminder for 19 years till her passing; she contributed positively to the lives of all the British children under her care who all fondly called her ‘Grandma’; many of whom are now adults. She was also a foundation member of the Prophetic Life Development Prayer Group in the UK.

Mrs Sylvia Blyden is also survived by a host of friends and adopted children / grandchildren all over the world who we apologise for not mentioning and ask for their forgiveness please as we have to limit the length of this announcement.

For all other enquiries concerning the funeral arrangements, please call any of the phone numbers below:

May her loving gentle soul rest in perfect peace and may the peace that passeth all understanding, come to rest amongst sorrowing mourners.

In Memoriam & Celebration of a...

Vacancy for a Female Reporter in S...