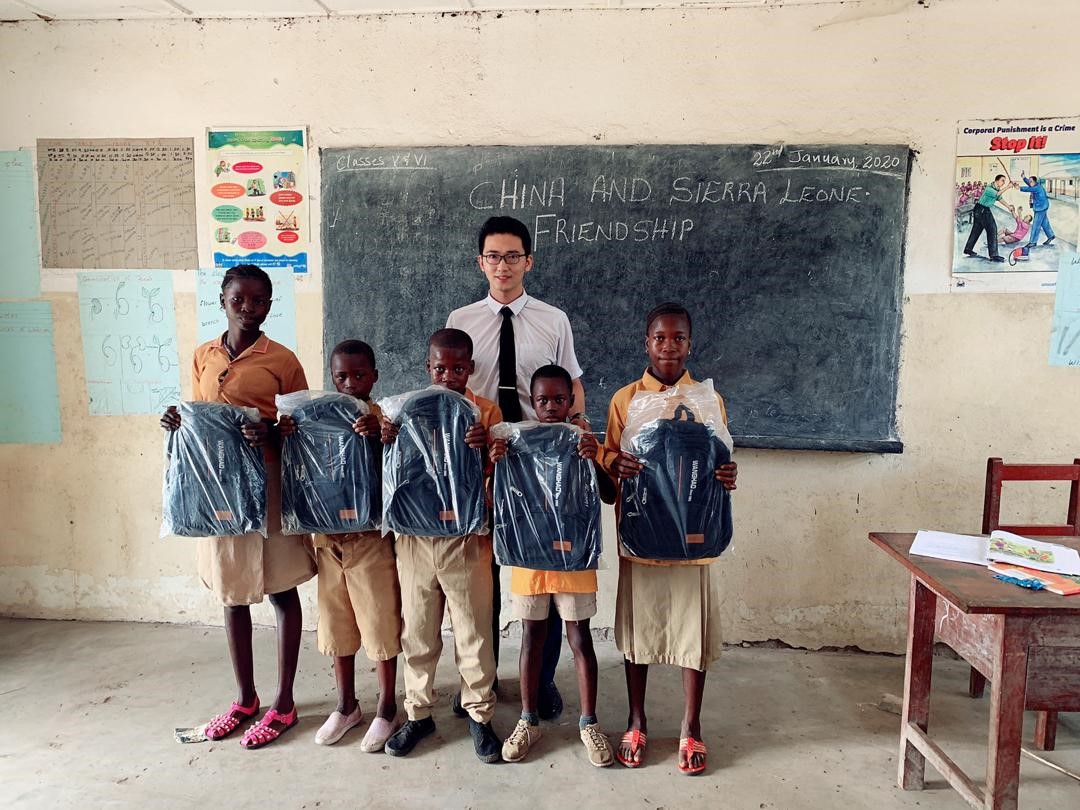 Francis Guo is a goodhearted Chinese working in Sierra Leone who recently saw the need to extend humanitarian support to school pupils of the Makorbeh Village Primary School in the Port Loko District. School pupils in classes 1 and 5 received school bags containing school materials and school fees, which serves as a major boost to their academic work. Francis Guo’s gift sparked great jubilation in the school as pupils, school authorities and parents celebrated the laudable venture, which they say came at the right time when things are extremely difficult in the poor community.  (Photo: Francis Guo, celebrating his goodwill gesture with school pupils)

Nice sentiments were expressed by school authorities and parents for what they described as a friendly gesture. They thanked Guo for the support and asked that other Chinese emulate his good example.

His donation serves as a major step to the education sector, which the government had placed a premium on because of its importance to the development of the country. He believes that investing in education is the right step to boost development in the country.

The goodwill came at a time when the People’s Republic of China is celebrating the Chinese New Year, or Spring Festival. The 2020 Chinese New Year falls on January 25, Saturday, and it’s the year of Rat.

In spite of the physical distance, different cultural and historical backgrounds between China and Sierra Leone, both Chinese and Sierra Leoneans enjoy the shared development concepts and goals.

The Chinese believe in giving out red envelopes as gifts to bring luck during important occasions during the Spring Festival. During Chinese New Year, money is put inside red envelopes which are then handed out to younger generations by parents, grandparents, relatives, and even close neighbors and friends. Although he did not hand over the traditional red envelop, Francis Guo’s donation.