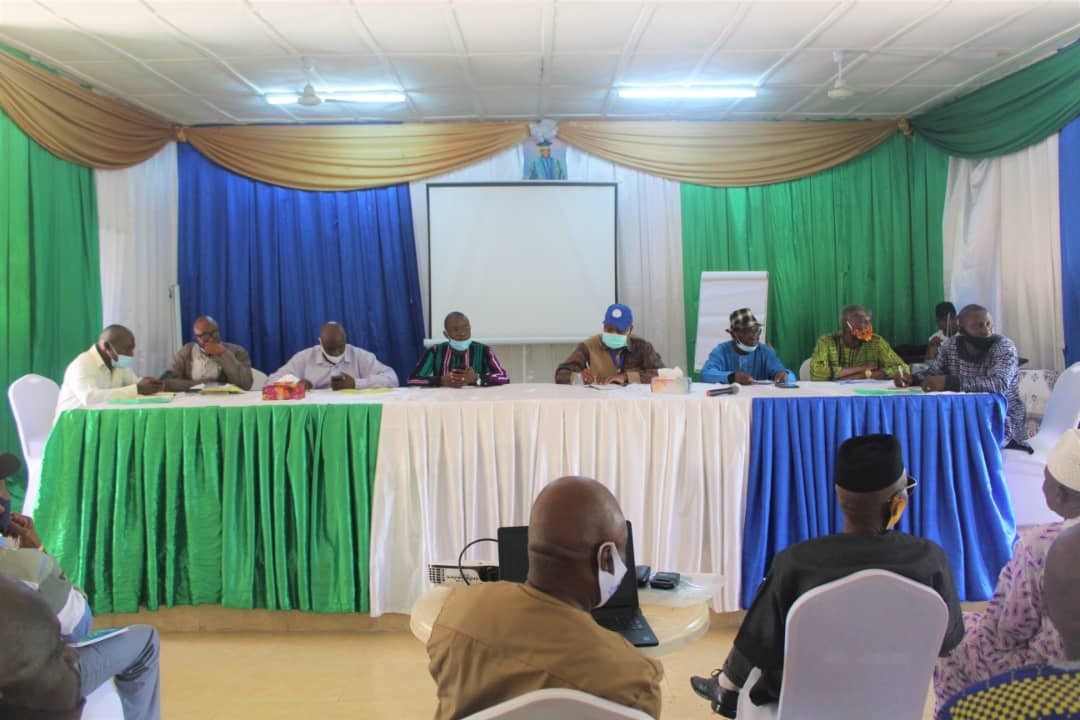 Stats SL has started its districts stakeholders sensitization meetings on the 2021 Mid-Term Population and Housing Census in Bo and Kenema Districts respectively.

Welcoming stakeholders amongst which were Paramount Chiefs, Councillors, Motor Drivers, Bike Riders, Youth Groups etc. at the Kenema districts meeting held on Monday 16th November 2020 at the Karima Hall on Combema Road; The Stats SL Council Representative for the Southern Region, Daniel Kaindaneh who represented the Eastern region rep said that Stats SL was particularly doing this because there is no way a Census can be all inclusive without the involvement of the stakeholders who represent key sectors of the society.

In his statement, the Chairman of the Statistics Council, Moses Williams touched on the fact that Chiefdom Authorities have a critical role to play in the Mid-Term Census because they are the ones that know their people and therefore should be able to convince them.

He informed them that recruitment for the Mid-Term Census will be at district level and only qualified people who are residents in the district will be recruited. This he said is because they want the the locals to take ownership of the Census.

In a joint Presentation on the Rationale, Methodology and expected outcomes of the Mid-Term Census by the Statistician General who also doubles as the Chief Census Officer; Professor Osman Sankoh and his deputy Andrew Bob Johnny espoused that the key reason for the Mid-Term Census was  to be able to identify accurate population figures for small villages and towns which are categorized as type 3 localities. They continued that for those kind of localities, several villages have to be combined to make up 80-120 households which is classed as an enumeration area. Both presenters stressed that those errors were as a result of manual data coding which occurred in 2015 and which Computer Assisted Personal Interview(CAPI), which is data collection via the use of electronic tablets now seeks to correct on the 19th April 2021 which is the date that enumeration for the Mid-Term Census commences.

Giving a brief update on  What has been done so far, the National Census Coordinator, Abdulai Brima informed stakeholders that a locality verification was done which brought about *17,133 localities as compared to 17,023* in the 2015 Census. He also cited the Cartographic mapping which is starting soon whilst mentioning that critical committees like the *Technical, Advisory and Publicity committees* have already been formed.

In a brief talk, the Resident Minister East, Hon. Andrew Ansu Fatorma mentioned that a Census is a key development tool which government and other partners use to determine development interventions. He therefore  encouraged the people of Kenema to cooperate with Stats SL so that everybody will be counted.

In the Bo District stakeholders meeting which took place on the 17th November at the Bo District Council Hall on the Bo-Taiama highway, The Stats SL Council Chairman, Moses Williams explained Council’s oversight role to which he said they serve to advise the Statistician General and his administration on critical decisions on a regular basis.

In a replication of the joint statement on the Mid-Term Census by the Chief Census Officer, Prof Osman Sankoh(Mallam O) and his deputy Andrew Bob Johnny, they mentioned that another major reason for the  census was to provide reliable baseline data to assess the impact of the Government’s key development interventions in respect of the Medium Term National Development Plan (MTNDP) and the United Nations 2030 Sustainable Development Goals especially SDG4 – Education.

The Chief Census Officer and Deputy furthered by expressing confidence that use of tablets will: ensure more data quality through embedded plausibility checks; reduce data collection costs; and ensure enumerators go to all parts of the country because their movements from HQ via the use of GPS tracking.

Other notable statements at both districts meetings were made by the Paramount Chiefs of Nongowa and Kakua Chiefdoms; P.C Sadiq M Kapuwa and P.C Lappia Boima respectively, the District Council Chairmen for both Kenema and Bo , Yayah Kajue and Joseph Munda Bindi and the Ag. Mayor of Bo City, David J.N Smart.

Both meetings ended with discussions, questions and answers to which the Stats SL team responded and made clarifications