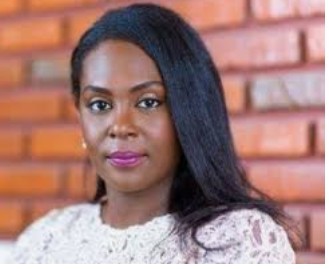 Chief Executive Officer of Orange Sierra Leone, Aminata Kane, has on Thursday 12th November, 2020 bagged the Africa’s Best CEO Award 2020 which was celebrated by the company for her emerging victorious. This disclosure was made during an auspicious event held at their head office on Hill Station in Freetown. She was awarded by the AfricaCom Awards.

The Best CEO Africa Awards are dedicated to recognizing strong and innovative leadership amongst business leaders operating in Africa. They bring together companies pushing the envelope in business, and the Executives and leaders that make such progresses possible.

The Chief Executive Officer, Orange Sierra Leone, Aminata Kane, expressed appreciation to those who voted for her as the best Africa CEO 2020, adding that it is an extreme honor for her to win such an award in Africa.

Aminata Kane, in her excitement in celebrating such an honour, extended her profound gratitude to her team for supporting her to be recognized at this highest level. She also thanked those who nominated her for such an award describing them as the best to her family.

She revealed that this is not only a win for her but for the company and Sierra Leone as a whole and all those who believe in her vision.

The CEO said that Sierra Leone is a country that is full of potentials and has a rich culture adding that when she arrived in the country as the CEO of Orange Sierra Leone it was not an easy task for her but pointed out that with the support from the team in Sierra Leone she  has worked tremendously in order to push the vision of the company to the peak.

Madam Aminata encouraged all to believe in themselves and always see themselves as the best furthering that they should consider themselves as one without discrimination, be united for the betterment of the company.

Kadijata, a member of staff of the GS Department, Orange-SL, congratulated the CEO for bagging the award revealing how the CEO has been working tirelessly to promote the company and that she is always there to see the best happen.

She added that the CEO will continue to make everyone know that this victory is not for her but also for the women in Orange-SL and Sierra Leone as a whole, noting that her ambition, drive, objective and goal to take orange to the next level is exceptional.

Kadijata stated that since her coming to Orange-SL as a CEO she has being a hard working personality putting all she can to make her plans materialize into  reality pointing out that they are very proud of her as a company and in that regard they are now crowning her as “De Mammy Nar Power”.

The event was climaxed with the presentation of gifts from members of staff, especially the female, of Orange-Sierra Leone as tokens of appreciation to her.

The Estuary Resort: A New Touristi...