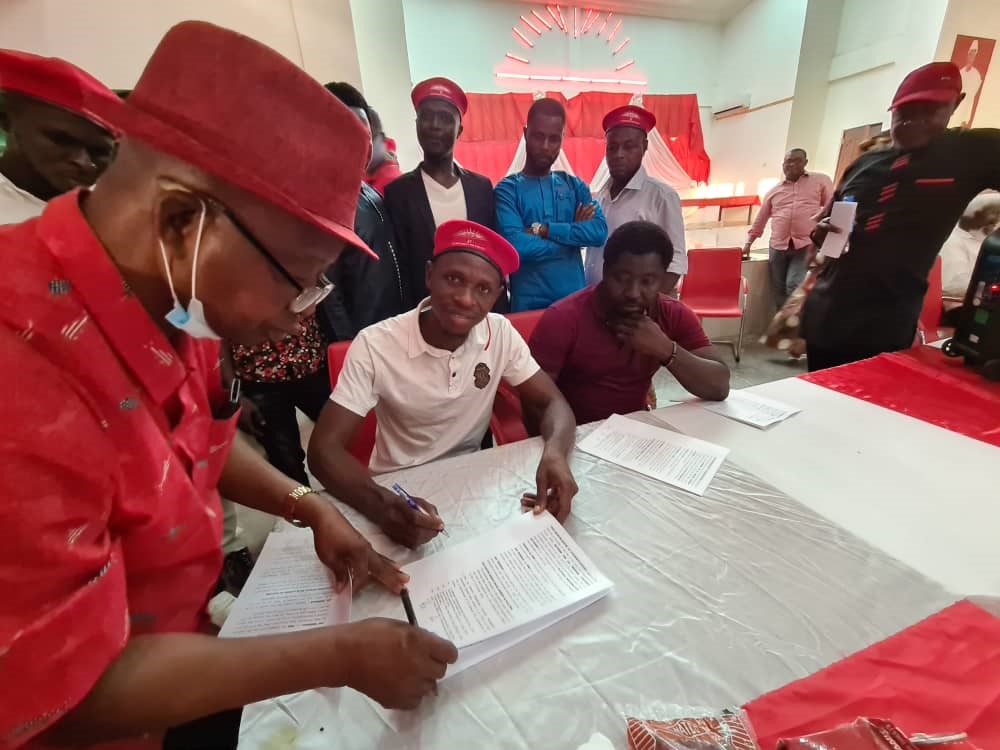 The National Reformation Movement, a splinter youth group from the All Peoples Congress had said in a press release after a two days consultative meeting with the leadership of the All Peoples Congress over the weekend at the party’s Regional Office in Makeni, Northern Sierra Leone that they had successfully agreed to adopt the 2020 draft constitution in December, 2020.

The NRM release also indicated that the two days meeting had also successfully developed the terms of reference of the interim transition independent elections management committee and a Memorandum of Understanding with the leadership of the All Peoples Congress.

The release went further in thanking their membership at home and abroad for what they described as publicly identifying themselves with the struggle for internal democracy.

The release concluded by also extending the thanks and appreciation of the movement to all those who contributed towards a process that had brought massive win for the democratization of the party’s internal politics.

The National Reformation Movement was formed after the 2018 Presidential Elections to look into the causes for the party losing the elections and the findings of the survey had called for an overhaul of the party national executive and the removal of the selection clause in the party 2005 elections.

The Movement had faced a strong resistance from both the leadership of the party and some members of the party. They were criticized for hiring SLPP‘s lawyer Ngevao to temporarily imposing an injunction on the party mini convention meant to adopt the newly drafted constitution.

This recent development, according to many citizens particular the party’s supporters is the beginning of the APC’s road to victory come 2023 elections.