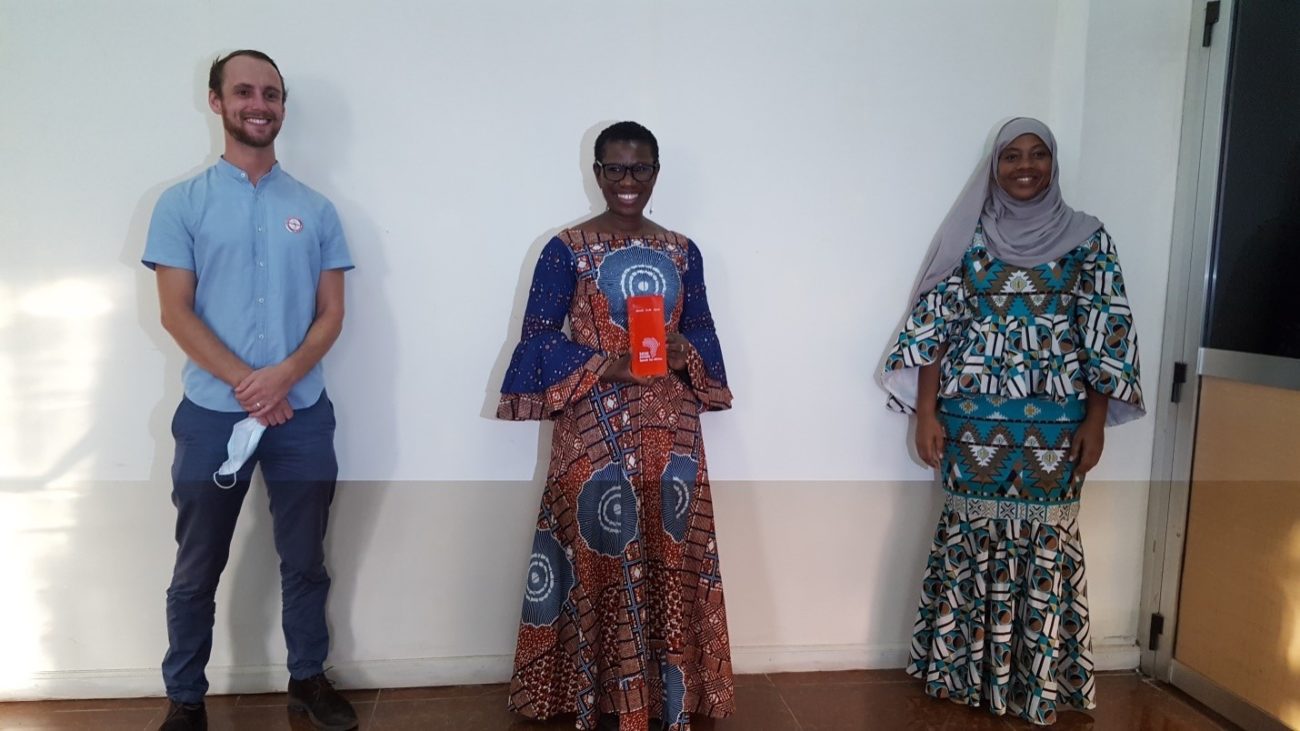 Today, leading figures in public health across Africa, including HEM Mahamadou Issoufou, President of the Republic of Niger and Mrs. Yvonne Aki-Sawyerr OBE, Mayor of Freetown, Sierra Leone, are recognized for their remarkable leadership in sustainable development.

Awarded by advocacy and policy action tank Speak Up Africa, the 2020 Leadership Award celebrates individuals and organizations which demonstrate exemplary leadership and bring a positive impact through their work and initiatives. Winners also include the Confederation of African Football, pan-African banking conglomerate Ecobank and Mr. Salomon Dopavogui, Executive Director of Jeunesse Secours, an organization based in Guinea and Member of the No to NTDs Civil Society Network.

Presented on Speak Up Africa’s 9th anniversary, the award recognizes those who have raised awareness and driven action around important public health issues such as malaria, neglected tropical diseases (NTDs), immunization, sanitation, and COVID-19.

HEM Mahamadou Issoufou has been a dedicated champion for sustainable development. In July 2019, His Excellency hosted Speak Up Africa’s high-level event on the sidelines of the African Union Summit held in Niger and recently expressed his desire to further Speak Up Africa’s work to end NTDs in Africa.

Mrs Yvonne Aki-Sawyerr OBE is recognized for her efforts as a malaria elimination champion in Sierra Leone. Through her work as Mayor of Sierra Leone’s capital city, Mrs Aki-Sawyerr also dedicates her time to improve access to water and sanitation at a national level.

Mrs Yvonne Aki-Sawyerr OBE, Mayor of Freetown, Sierra Leone comments: “It is a great honor to receive the Speak Up Africa Leadership Award this year, particularly in a time when continued action against malaria is critical to protect decades of hard earned progress. Only by working together can we keep up the fight against malaria and ensure that we rid the continent of this disease for good.”

Mr. Saloman Dopyogui is a long-standing development champion, and integral member of the No to NTDs Civil Society Network, which provides a platform for CSOs to consult and collaborate to maximize their efforts in fighting NTDs. Mr. Dopyogui demonstrates immense leadership in his role as Executive Director of Jeunesse Secours, a civil society organization based in Guinea. In this role, he rallies young people, media reporters and fellow civil society organizations to increase awareness in the fight against NTDs.

Mr. Saloman Dopavogui, Member of the No to NTDs Civil Society Network said: “Engaging Africa’s youth, journalists and other civil society organizations to join the fight against neglected tropical diseases will be essential if we want to alleviate suffering and help the 600 million people who are impacted by this sub-set of diseases. Working together with dedicated organizations like Speak Up Africa will ensure we reach our goals, and it is a great honor to be recognized by Speak Up Africa today.

In July this year, Ecobank launched the Zero Malaria Business Leadership Initiative in partnership with Speak Up Africa. As part of The RBM Partnership to End Malaria and The African Union Commission’s  Zero Malaria Starts with Me movement, Ecobank is leading private sector organizations in the fight against malaria, mobilizing support and funding across the continent.

“Ultimately, ending malaria will increase prosperity across Africa, with a healthier population that drives economic growth. As an organization, we are proud to receive Speak Up Africa’s Leadership Award and hope that we can continue to use our position as a platform to raise awareness and inspire action against this deadly disease.” says Ade Ayeyemi, CEO of Ecobank Group.

The Confederation of African Football (CAF) has been a strong advocate for raising awareness of public health issues, particularly this year with its involvement in the Stay Safe Africa campaign, which seeks to educate the public on how to protect themselves from COVID-19. Speak Up Africa commends CAF’s dedication to bringing the Stay Safe Africa campaign to a new audience, ensuring factual information was disseminated to the wider public.

Yacine Djibo, Executive Director of Speak Up Africa adds: “2020 has introduced many new challenges in our journey to drive sustainable development for the continent. Despite the difficulties presented by the ongoing pandemic, we’ve seen remarkable examples of collaboration and new initiatives across the continent. In the current context, we are therefore particularly delighted to recognize such strong leadership from this year’s worthy awardees.”

AMNet engages MPs on Gender and In...