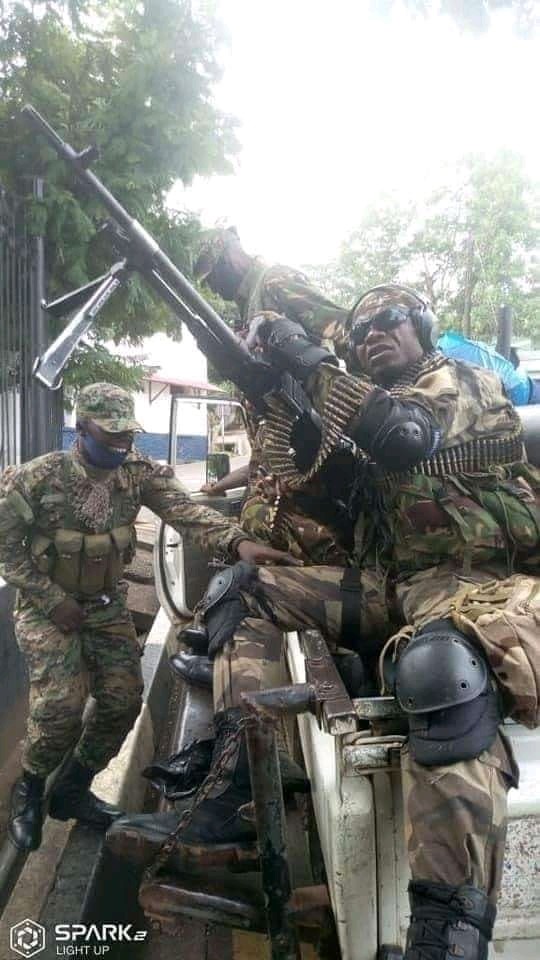 A military officer who call himself ‘Hungry Lion’ attached to the office of the president of the republic of Sierra Leone, Julius Maada Bio has threatened to unleashed mayhem on members of the main opposition All Peoples Congress (APC) whose names were maliciously name in the government White Paper from the recommendation of a challenged Commissions of Inquiry (COI).

In a video recorded that went viral on social media, Hungry Lion said he was sent to Tokey in the West End of Freetown to victimize peaceful citizen as he said that community was out of control and he was sent to stabilize. He added that having established control and sanity in Tokey, he is back in Sate House (Office of the President) ready to take any other assignment. He said Tokey residents were reluctant in using face mask and overloading contrary to Covid-19 health protocols.

He went on to say that as he is back at State House wait on instruction to go after any past government officials whose names are mentioned in the Government White Paper. He said “Any past government officer whose name is on the White Paper, must come forward and account for his stewardship but whosoever that failed to do so, has step into the tail of the lion and if you step into the tail of the lion, you will be severely dealt with.”

This is not the first time under this current government of President Bio a military is threatening peaceful citizens. Sierra Leone has witnessed an ugly military presence against and harmless inmates at the Freetown male correctional center (Pademba Prison) where over 50 prisoners were killed by bodyguards attached to the office of the president.