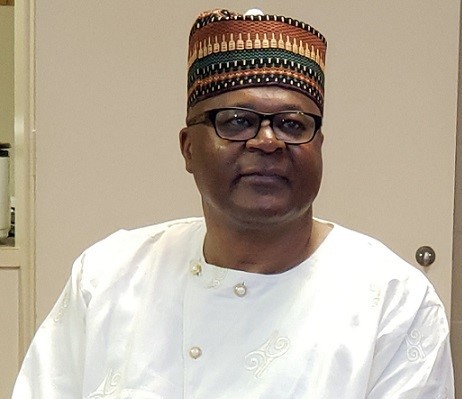 Sierra Leoneans in North Texas Bid Farewell to Dr. Alusine Jalloh (in photo), Professor of History and the Founding Director of the African Program at the University of Texas at Arlington

Dr. Alusine Jalloh after 25 years as a Professor of history and founding Director of the African Program at the University of Texas at Arlington (UTA) decided to take an early retirement to go back to Sierra Leone and work with the University of Sierra Leone. He leaves his cozy home and a six-figure salary for his alma mater and country of birth. Throughout the years in North Texas, Dr. Jalloh has used his office and connections to assist members of the Sierra Leonean community. In the early 1990’s he partnered with the late Mr. Francis Bright to bring together Sierra Leoneans within the Dallas-Fort Worth Metroplex to celebrate Sierra Leone’s Independence Day at the University of Texas at Arlington. He organized a symposium, exhibition and a dinner. The money raised at this event was donated to an orphanage in Sierra Leone. His long-time dream of having Sierra Leoneans come together under one umbrella organization came to fruition with the formation of ASLOT. He was a Fulbright Scholar at Fourah Bay College (FBC, undergraduate alma mater), University of Sierra Leone in 2012 to 2013. In addition, Dr. Jalloh started the Social Work Department at FBC in Freetown, aided Trinity Primary School and St. Edward’s Secondary School. He worked with Professor Amara of Canada to establish a Science, Technology, Engineering, and Math (STEM) teaching training program in Sierra Leone. During the gathering our host Reverend Sylvanus Chapman, of the Ebenezer Fellowship First United Methodist Church in Mesquite and the Sierra Leone Muslim Jamat Imam Alhaji Sallieu Bah prayed for the community and especially for Dr Jalloh. The MC for the occasion Dr. Alie Patrick Koroma, Secretary General of ASLOT, then invited the members of the audience to say a few words to Dr. Jalloh. The former Chair of the History Department UTA Dr. Marvin Dulaney, who was instrumental in recruiting Dr. Jalloh to join the department as a Professor of African History, described Dr. Jalloh as an academician dedicated to his work and students. He also informed the audience that Dr. Jalloh founded the Africa Program at the University. Dedicated, persevering, academician, love of his country of birth, an author, visionary, man with a heart ready to help a good cause whenever called upon are just a snapshot of some of the words used to describe Dr. Jalloh. His decision to go back home to assist the University of Sierra Leone was the admiration of all present. The challenges he will face was captured by Mr. Jonathan Nicol, when he spoke about his experience. He had a five-year contract when he went back home, but only stayed for two because he was unable to overcome the roadblocks. However, everyone at the event where of the view that Dr. Jalloh would overcome those roadblocks and serve as our own John the Baptist who will pave the way for us to follow. Dr. Jalloh was presented with plaques of recognition by Mr. Patrick Dangawali, President of the Sierra Stars Soccer Association; Mr. Idrissa Sherriff, President of the Old Edwardians Association, Texas Branch; and Mr. Reuben Ndomahina, President of ASLOT. Mr. Paul and Mrs. Cecilia Gegbe also gave him a small token of appreciation. The highlight of the occasion came about when the MC invited Dr. Jalloh to address the audience about his decision to go back home and work with the University of Sierra Leone. He stated that it has always been his goal when he came to the United States that after earning his degrees, working experience, and founding the Africa Program, he believed he has paid his dues to UTA, and now is the right time to return to his motherland at this critical junction in his history and trajectory to focus on national development with a special emphasis on education. According to him FBC the once “Athens of West Africa” has today fallen on hard times. He is personally committed to work with colleagues to transform FBC into a world-class research and teaching institution. In 2027 FBC will be 200 years. His goal is to collaborate with colleagues within the University, alumni, and friends of FBC to raise a two hundred million dollars ($200,000,000) endowment by 2027. What is success to all Sierra Leoneans? This was the rhetorical question he proposed to all Sierra Leoneans. Do we look to the rich natural resources of the country as our success? The answer is “No”. According to Dr. Jalloh the greatest success we can point to is when we invest in human lives. He has always been guided by the conviction that one’s best self-interest is public interest. When you take care of others that are not connected to you by blood, family ties or lineage, when you do the best for others you have done the best for yourself. In other words, to be selfish or self-centered is the greatest self-destruction that one can inflict on oneself.  Success is when your legacy is better than your inheritance, says Dr. Jalloh. Always looking to your inheritance as a pointer to achievement is not good, we should look to our legacy. The “Athens of West Africa” regarding FBC is our inheritance, the question now is how are we going to be remembered once we are no longer here? We should honor the past, celebrate the present, and work collectively, harder than we have ever done so that we will build a future, a legacy that our kids, and grandchildren will be proud of and write books about us when we are no longer here. This is a collective enterprise; the rebuilding Sierra Leone is not just a political enterprise, is not just for the business community, is not just for intellectuals, is not just for the middle class, it is everybody’s business. The success of Sierra Leoneans is everybody’s business, therefore let’s work collectively, tirelessly so that our legacy can be better than our inheritance, he concluded.

The MC Dr Alie Patrick Koroma thanked the audience for their participation and taking the time to spend part of their Father’s Day celebration with Dr. Alusine Jalloh and wish Dr. Jalloh well, and hope that he succeeds in his mission.

DJ Base Applauds Mortuary Admin Of...

As He Calls for DNA Facility Owizz...