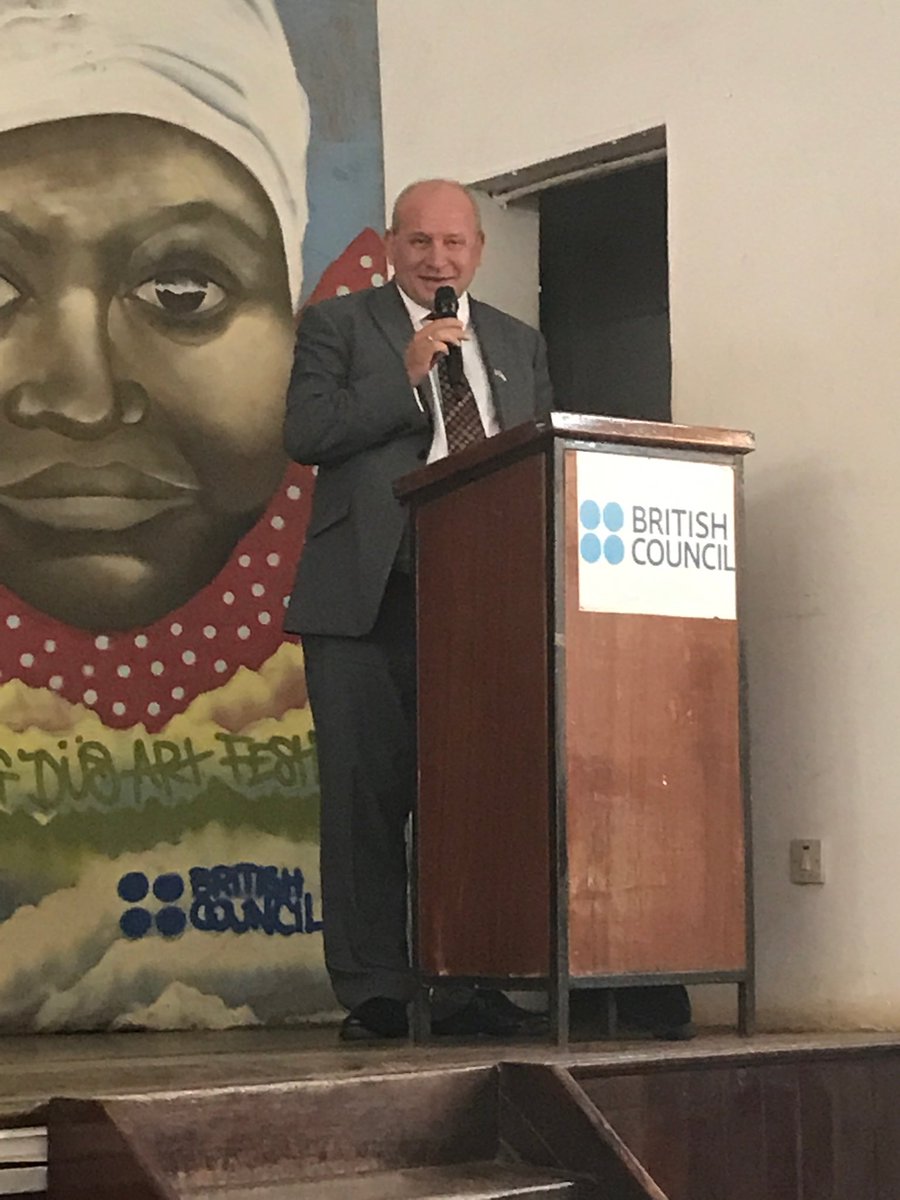 I am delighted to welcome you here today on World Press Freedom Day. The British Council is a particularly appropriate venue for this meeting as it has stood as a bastion of free speech and press freedom over the last seventy five years. There have been times in Sierra Leone’s history where this was one of the very few places that thoughts and opinions could be expressed freely. I am glad to say that is not the case today. (Photo: H E Guy Warrington, British High Commissioner)

I would like to focus my comments on Press Freedom. This is subject which my Foreign Secretary has identified as his number one priority.  We should not take Press Freedom for granted.

2018 was marked as the deadliest year for journalists. According to the United Nations, at least 99 journalists and media workers were killed. NGOs estimate that over 300 are currently in detention, and around 60 are being held hostage. Murders, imprisonments and disappearances are all on the increase.

This phenomenon isn’t restricted to conflict zones. We are seeing a new and dangerous trend of journalists around the world being targeted simply for doing their jobs. They are intimidated, attacked, killed, held hostage, or put in prison on dubious charges, all in an effort to constrain and restrict their reporting.

Why does this matter, why should we protect journalists and stand up for media freedom? Because media freedom protects you – it protects your right to speak out and your right to information. A free media means that your human rights can be protected and that the powerful can be held to account. It means that society can be free, fair and open. Media freedom is the lifeblood of democracy and can be the bedrock for economic prosperity.

The UK has a long history of a vibrant and independent media, underpinning the values of our democracy. As long ago as 1863, Britain had 1,000 newspapers. The media has played an integral role in reflecting and shaping British society. From the growth of the press in the 19th century which coincided with social reform and millions of people winning the right to vote, to coverage of the UK Parliamentary expenses investigation, the media has provoked some of the toughest conversations our society has had.

Firstly: The Foreign Secretary has appointed Amal Clooney as Special Envoy on Media Freedom and the Co-Chair of the High Level panel of Legal Experts.

Ms. Clooney will bring together top legal minds from across the globe to look at ways that we can strengthen existing laws to protect journalists and look at new legal mechanisms to prevent media abuses.

This independent panel will also look at initiatives that countries can adopt to improve media freedom, including repealing old draconian laws such as the Criminal libel provisions in Sierra Leone. I welcome HE the President’s restating of the government’s intent to repeal these provisions and the Minister of Information’s commitment to do so by UNGA in New York in September.

The UK will co-host the Global Conference for Media Freedom with the Canadian government in London on 10 – 11 July 2019. The conference will see countries and international organisations coming together to take meaningful action to defend media freedom.

The event will bring together over 1,000 guests, including government ministers and officials, the diplomatic community, international agencies, journalists, civil society, and academics to examine the challenges facing media freedom and the opportunities for a safer environment for journalists.  We hope to see senior political figures from Sierra Leone at the event.

Can I close by congratulating the EU and SLAJ on organising this timely and pertinent event.

Random Musing: Our worst can'...