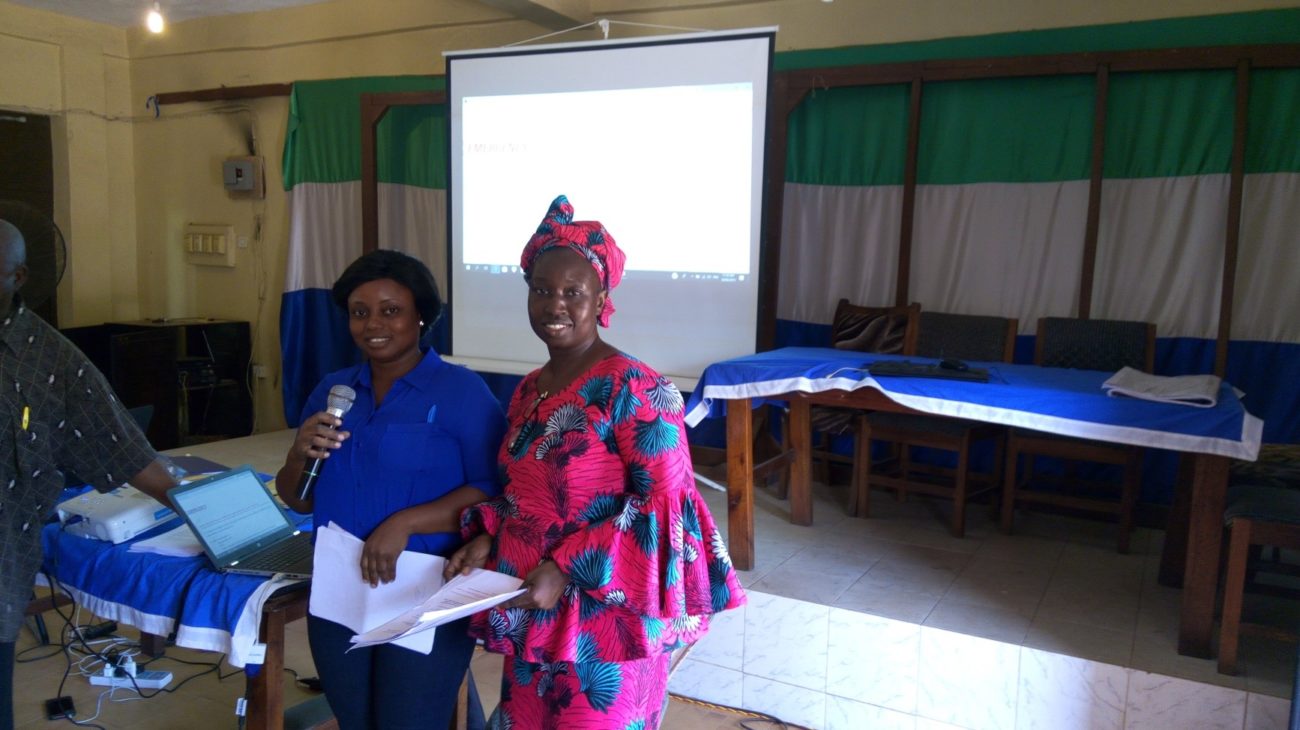 Widespread use of Caustic Soda to produce homemade soap (soda soap) in communities has led to hundreds of children to mistakenly take-in/ingest   caustic soda confusing it with water, sugar or salt, which often resulted to serious health complications and   in most cases death.  (Photo: Maryrose Bindi and Hannah Gibateh)

This was reviled at a 2 day regional review meeting in Bo and Makeni with Radio Station Managers, District Health Education/ Social Mobilization Officers and Health for All Coalition District Coordinators in the Southeast, North & North West Regions including Western Area, last week.

Nurse, Maryrose Bindi and Hannah Gibateh from the Emergency Hospital referenced that since the inception of the Caustic Soda Programma in 2005, they have had more than 3,000 admissions for the treatment of oesophageal burns as a result of caustic soda ingestion by children, mostly under five years, adding that just in the beginning of 2018 they registered 74 new cases and 10 new cases per month in 2019. “From 2015 – March 2019, we have also recorded 244 new cases, which is unacceptable.” She Described.

They continued that there is no specific treatment/medication for patients who have ingested caustic soda, but however stated that they treat the oesophageal burns/Injuries periodically to maintain the potency of the oesophagus. “Caustic Soda has a powerful solvent reaction causing serious injuries when ingested especially by children, this is evident as 73% affected children go through an unusual feeding tube called gastrostomy” Maryrose and Hanna explained.

They continued that many injuries do occur with one-fifth of patients still require a continuous dilatation programme in which gastrostomy is initiated to feed patients and to keep them alive, as they are at risk of serious nutritional conditions – Malnutrition, due to the inability of   families of affected children to provide proper nourishing foods/supplements to maintain the nutritional status of affected children.

Nurse, Maryrose Bindi further added that mothers/caregivers of caustic soda patients are trained in basic feeding technics to properly feed their children at home upon discharge from the hospital, as they are usually supplied with sufficient food to upkeep the children.  She however, added that long-term dilatation programmes are very challenging which may result to loss of work for patients and neglects of other children at home which she noted may be frustrating for the mothers causing serious socioeconomic and psychological setbacks to the mothers thereby resulting to abandonment of affected children. “It kills them even quicker” She Added.

Responding on behalf of the Ministry of Health and Sanitation, Chief Health Education Officer & Programme Manager, Lansana Conteh, Health Education Division, noted that they have developed key messages pinpointing on    prevention measures and the role of caregivers/communities in the even there is caustic soda ingestion in communities. Mr. Conteh continued that they have already done some media engagements together with the Emergency Hospital and Communication Unit of the Directorate of Health Security and Emergencies to raise awareness in communities on the harmful effects of caustic soda  and  the dos and don’ts, adding that beside the utilization of the UNICEF supported Nationwide Interactive Radio Discussion Programme to raise awareness on caustic soda both at National and District levels, they have  also done some  radio talk shows  on Star Radio and Education Radio which is 2 of Division’s partner radio stations. He continued that they were also planning to do community engagements in the affected communities, backed with a professional TV coverage on the effects of caustic soda capturing the accounts of caustic soda victims. Mr. ended by calling for more support to embark on robust public education, as the number of affected children is not only scaring but a call to action by every stakeholder.