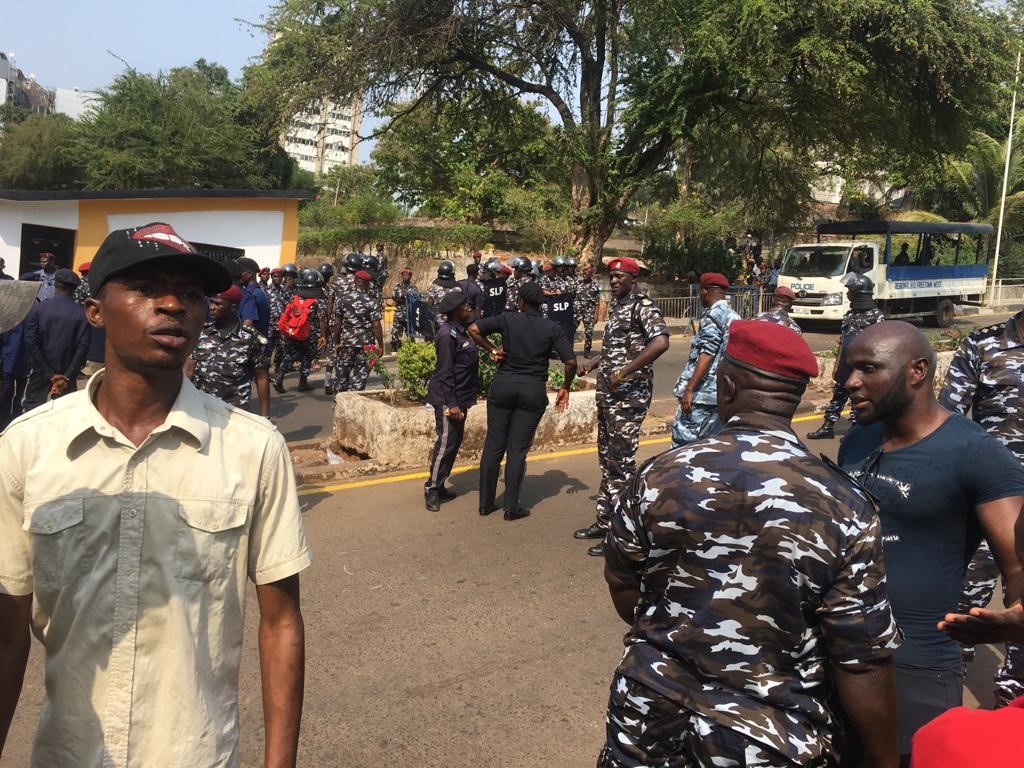 Assistant Inspector General (AIG), T M Lahai has been under serious public criticism for commanding some junior police officers to beat opposition supporters belonging to the All People’s Congress (APC), Sallu Kamara of 2 Humphrey Lane, Cline Town in Freetown to coma in the presence of journalists, civil society activists, legislators and members of the public.

The unfortunate incident which was described by onlookers as gross violation of human rights took place outside the precinct of the law court building, on Monday 15th April 2019, when Justice Edward Komba Kamanda of the High Court of Sierra Leone was presiding over petition matters brought before the court against sixteen Members of the majority party in Parliament, All Peoples Congress (APC). According to AIG Lahai, he ordered the beaten of the APC supporter and the apprehension of many because they were not only misbehaving but also using abusive languages and throwing missiles against the Police officers.

The Police Commander’s action surprised many people especially when he personally used his bare hands to slap a female supporter believes to be an APC and also commanded one of the female officers to do same.

At this stage, the APC MP’s swiftly intervened and took the victim to Connaught Hospital where he was also taken to an undisclosed private clinic after resuscitation.

Sierra Leone’s Peace Hangs On The...