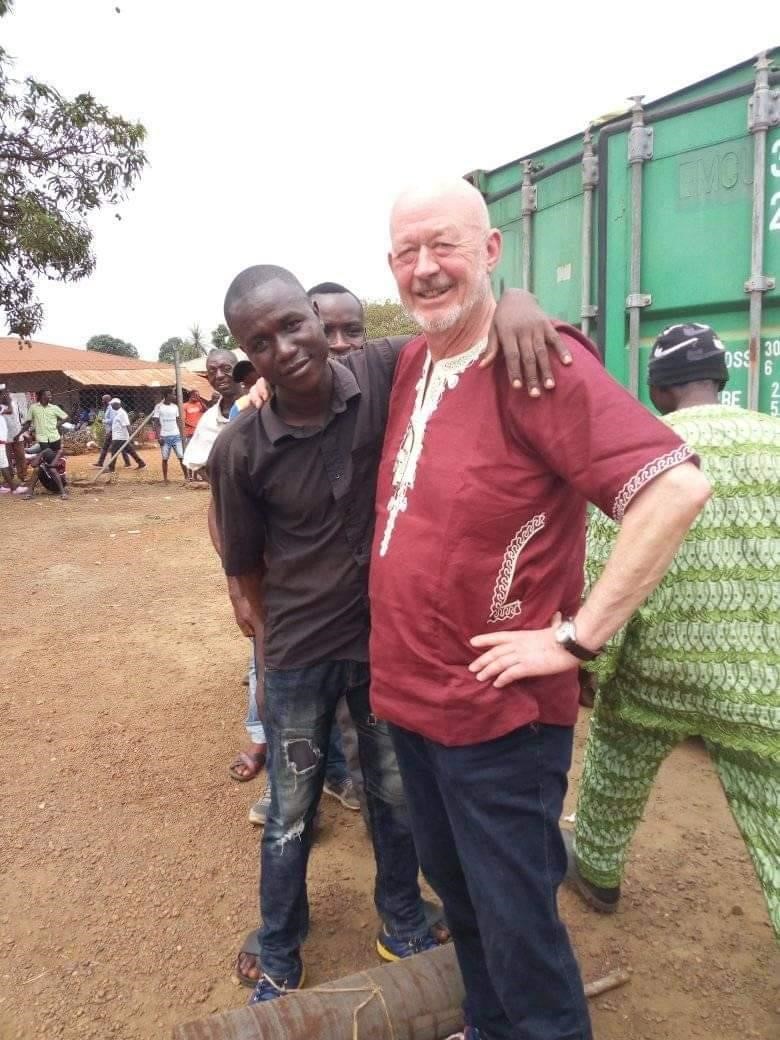 Speaking past Wednesday, in a nationwide broadcast through radio Malen, comrade Gerben Haringsma reassures the people of Malen Chiefdom and neighboring chiefdom of his company’s every commitment to revamp the economy and to rebuild war torn Malen Chiefdom.

The veteran investors whose passion and love for the people of Malen Chiefdom is unstoppable and great send praises to the government for the appropriate intervention in sending security apparatus within the operational areas of the company to protects the well-being of Sierra Leoneans and his company investment in that part of the country.

“I want to say special thank to President Julius Maada Bio, Vice President Dr. Juldeh Jalloh and the New Direction government for the quick and speedy intervention that should have resulted into catastrophe in Malen which will have an adverse effects on our company,” he said, urging the people for peace and tranquility to prevail in the chiefdom always.

The magnanimous Shareholder sends his unflinching sympathy on behalf of his company to the families of the deceased that got killed during fiasco in the chiefdom sometimes back.

In one of the several meeting held, the experienced investor warned villagers to henceforth stop the rampant and massive fruit thefts as to allow the agricultural company to continue their ever impressive Corporate Social Responsibility program which is well underway across the chiefdom and villages.

Villagers and community stakeholders who spoke to this medium via telephone thanked the General Manager Philip Tonks and comrade Gerben in meeting the people tour which according to the people have change the narratives across the chiefdom.

“We are happy for Mr. Gerben, his demeanor towards us is exceptional and brilliant, he can dine and eat with us whenever he’s in Malen,” voices of villagers in Banalleh explain noting that they will help educate the people to stop thieving the fruits from the plantations,” they assured.

A senior government official who spoke to this medium recently on anonymity was marveled to see the massive development in Malen Chiefdom.

“The roads, Health care, Schools among others will open the chiefdom to others towns and villages for businesses and other activities.” He noted.

“If government can have two or three of such investments in the country the hue and cry about job creation for the youthful population will be a thing of the past.” He confirmed.

“To be honest with you Mr. Showers I was surprise to see the kind of development in the chiefdom,” he attests, pleading to the people of Malen to embrace the company with open and upright hands.

Several others government officials have given such sentiments about Malen Chiefdom.

However, sources close to some of the detractors of the agricultural company have said to have stopped all their negative propaganda against the agricultural and help the government to attract more investors for our jobless youths.