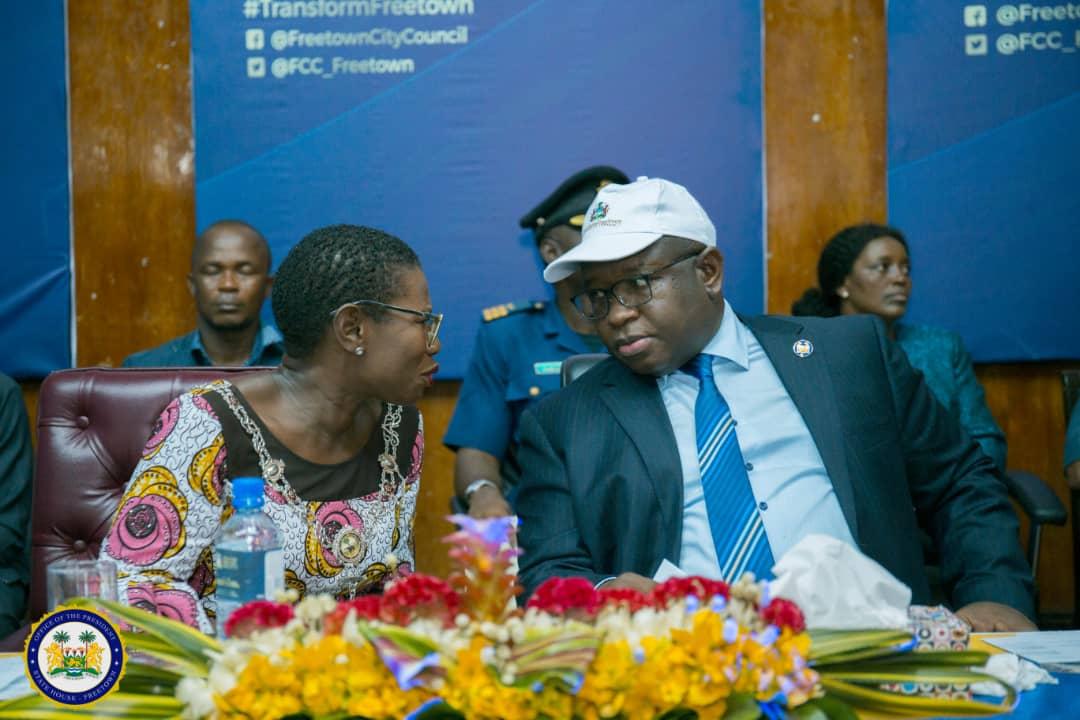 In his keynote address, the President said that the insistence on purposeful planning, local participation and engagement with the private sector and other stakeholders, public accountability, improving the efficiency and quality of public service delivery, were all aimed at training citizens, providing opportunity, and making Freetown a better, more livable and more resilient city that resonated very strongly with him.

He added that the three-year development plan for transforming Freetown deserved and would get the full support of his government.

“PAOPA, our Freetown will be clean. So within the last 8 months in governance, my government has supported the Freetown City Council with direct financial disbursements of 18.3 Billion Leones. My government is committed to working for Freetown and in making our Freetown a better city for all of us,” he assured.

President Bio also asked questions, in the form of well-intentioned suggestions, about FCC’s proposed plans on municipal assets, congestion in the city, disaster management during the rains, leveraging ICT to boost revenue mobilisation, promoting tourism and the informal settlements as they relate to bigger issues of social exclusion and social injustice.

“In the past, we saw how municipal assets were illegally appropriated by the politically powerful and their rogue agents. My question is, does the initiative aim to recover those assets?…And is it not possible to plough back proceeds from value-added city assets into the development of the city especially in new infrastructure for sewage disposal, water supply, and sanitation?” he asked.

The Mayor of Freetown Municipality, Yvonne Aki-Sawyerr, said that circumstances in Freetown had been challenging over the years, adding that there was so much pressure in Freetown on housing, environment as well as the growing need to provide basic social facilities for residents.

She congratulated the President for his commitment to decentralisation and said that his appearance at the Transform Freetown initiative event was a testament to that statement.

“We want to ensure that by working with the central government Freetown will be restored to its lost glory. The Freetown City Council has sought to align its agenda with that of the national development plan,” the Mayor said, adding that they wanted to create the necessary jobs within Freetown that would deter the youth from embarking on difficult migration journeys. The Minister of Finance, Jacob Jusu Saffa, commended the Mayor for moving in the right direction and aligning their programmes with the vision of the New Direction, adding that because local council resources were always scarce, it was the responsibility of government to provide funding for councils.

Deputy Minister of Local Government, the Honourable Philip Tetema Tondeneh, said that FCC had developed a shared vision for the betterment of Freetown, adding that the vision of the council could not be realised without support from the central government.

He also recognised that key progress was being made by the FCC and thanked them, in particular, for automating the local tax collection system. He commended the President for reintroducing the monthly cleaning exercise, which he credited for reducing cases of flooding in the city, adding that developing Freetown was imperative because it accounted for 30 per cent of the country’s Gross Domestic Product.