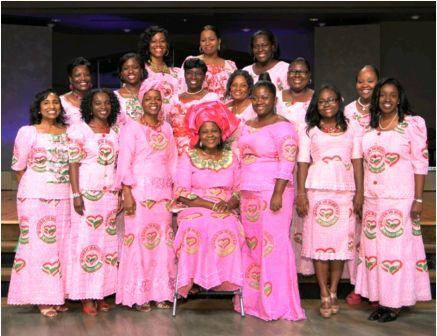 Women In Ministry International (WIMI) is a non-profit ministry with the vision of empowering women all over the world by providing support and training for them to reach their God-given destinies.  The founder and President, Apostle Kemi Searcy developed the international program to impact women’s lives spiritually, morally and economically.  (Photo:  WIMI founders, Montgomery, Alabama, USA)

Women In Ministry International (WIMI) officially launched in Kenema, Eastern Province, Sierra Leone. on December 1st. 2018.  The WIMI Kenema District is an extension of WIMI Freetown in the Western Area, and WIMI Bo in the Southern Province. WIMI is headquartered in Montgomery, Alabama. Pastor Kemi Searcy, President and Founder has established WIMI also in London, Ghana, Nigeria, Congo, Liberia and Sierra Leone. WIMI Sierra Leone also joined the rest of the world to wear orange, symbolizing a bright future free from violence against women and girls. From 24 November to 10 December, several organizations joined the government to be oranged in support of the 16 Days campaign to end violence against women. There have been mobilizations with civil society organizations in the communities of to raise awareness about violence against women and girls.

Other WIMI chapters are also based in the United States, United Kingdom, Ghana, Nigeria, Liberia, Congo and now in Sierra Leone.  The umbrella organisation  running WIMI Sierra Leone is People’s Foundation for Humanity Development (PeFoHD).  To date, PeFoHD has established WIMI Freetown in the Western area, and WIMI Bo branch in the Southern province with over a dozen cells groups. Season's Greetings to all our...