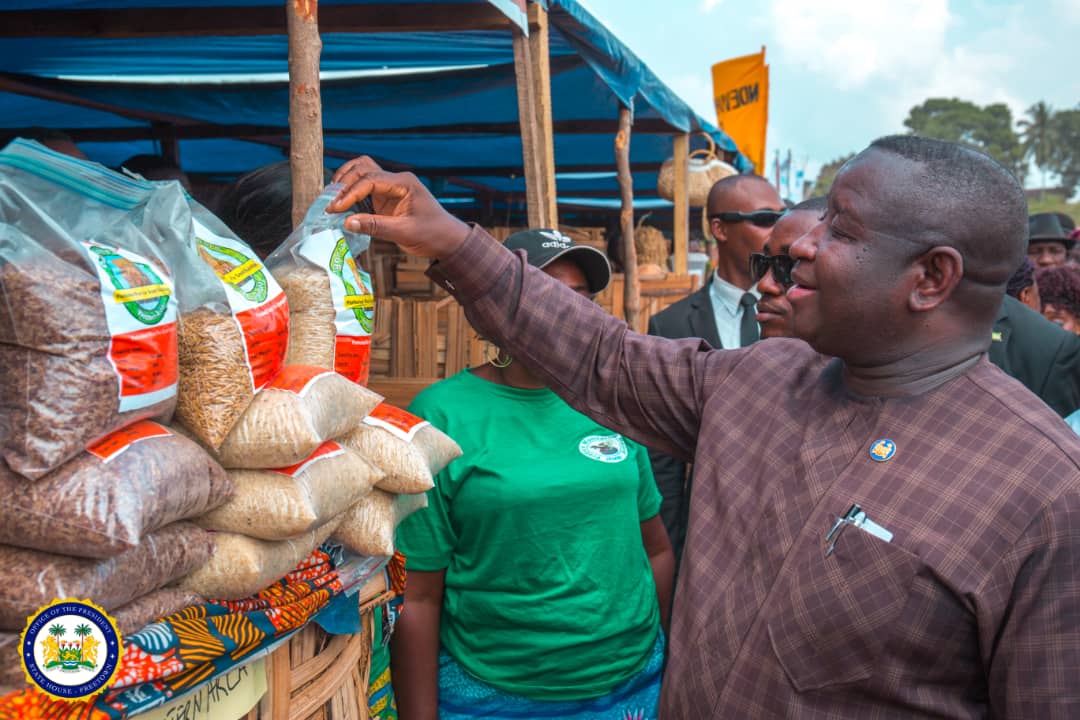 The week-long event, the first in more than thirty years, brought together farmers and agricultural organisations from across the country, showcasing the quality of their produce.

In his keynote address, President Bio thanked the SLPMB for organising the event, adding that it provided the need for the production of crops of high quality that would help to increase the market value of products. He noted that when the quality of products were not good, it would be difficult to realise profit.

The President also said that Sierra Leone must not only be seen as a mining country but must also be seen as one that could produce a lot of food for its people as well as export a lot for economic gains. He assured that his government would provide the requisite support to farmers and farming organisations to enable them produce high quality crops.

“The international pricing of products is based on quality. If we do not improve on the quality of our products it will be difficult to realise huge profit. My government wants to ensure that farmers get the desired profit from their labour by producing high quality goods.

“While government provides the necessary support, we also want to encourage the youth to be involved in farming. Agriculture is an important source of employment for our youth. We must all take agriculture seriously. Our country can achieve a lot if we invest in large scale agriculture,” he said. Executive Director of the SLPMB, Dr James Vibbi, said the event was organised for the first time under his leadership after thirty years of absence. He said since he took over he had streamlined the institution and increased its effectiveness, adding that they were determined to help government raise enough revenue.

He said since assuming office he had worked closely with the private sector and other government institutions to become effective and capable of delivering on their mandates. He disclosed that under his leadership the institution was able to close some leakages which resulted in increased revenue collection.

Minister of Trade and Industry, Peter Bayuku Conteh, said the new government was ready to promote and invest in agriculture. He mentioned that his ministry was ready to open the market space in the country so that businesses could thrive, adding that the government was determined to ensure that people had the space to sell their products.

He disclosed that government was working to provide cash and training support to farmers and agricultural enterprises. He stated that the objective of his ministry, in the next five years, was to provide every district with a factory that would be able to produce home grown items. He added that government was ready to restart the Koindu International Market, which will rekindle trade with Liberia.

Minister of Agriculture and Food Security, Joseph Jonathan Ndanema, said his ministry would help farmers to produce lots of food both for local consumption and for export purposes, thereby boosting the country’s foreign exchange. He noted that the priority for his ministry was to produce rice at industrial level and make it affordable to every Sierra Leonean.

Chairman Council of Paramount Chiefs, Ahmed Sheku Fasuluku Sonsiama, said: “As custodians of the land, we are ready to support government in its programmes. We assure you of our unflinching support as you move towards transforming our country.”