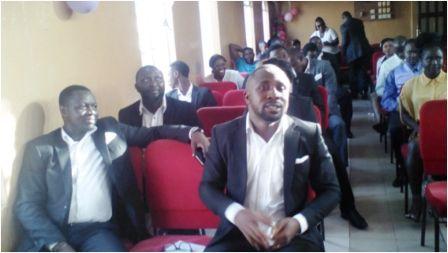 “We are living in a country where nothing to write home about human rights”, said Commissioner Fofanah and alleged that a Civil Society Organization known as Human Rights Defenders Network (HRDN) is busy persuading Government to replace the existing and constitutional Commissioners unconstitutionally by their brothers and sisters with misleading information.

He stressed that Government has taken wrong decision by forcing them to resign without the due process and maintained that you can kill a revolutionary but you can’t kill a revolution adding that since 2007, he had served as Secretary General of Inter-religious Council Sierra Leone up to date.

“If the Human Rights Commissioners rights are trampled who will be exempted?”, he asked rhetorically and described such moves by the Government as dangerous for our democracy and the country as a whole. According to him, Commissioner Rashid Dumbuya, himself and others committed no crime but they have been labeled as corrupt officials.

He described Commissioner Rashid Dumbuya as very passionate for the protection and respect of everyone’s rights and mentioned that they are well educated and nobody would keep them silence except the will of God.

He repeated that they are still the Human Rights Commissioners of Sierra Leone because nobody or Government has written to them that you have been relieved from duty except a verbal statement from the powers that be. How can you sit on Television station and pronounced that we are no more Commissioners?,  he queried and advanced that they waiting to see either the Government is going to appoints or elects new Commissioners.

Rev. Fofanah described President Bio as the principal human rights defender in Sierra Leone but expressed disappointment that they have tried to reach the President through letter and telephone calls but to no avail. “We are still waiting as we are ready to go back for work”, he told hundreds of audience and assured the Christian Lawyers Centre that they have the support of HRC/SL.

He said they are not challenging anybody or Government but he said, they should be dismissed constitutionally so that Sierra Leoneans would be happy. Rev. Fofanah outlined that HRC/SL was formed in 2004 under the leadership of late President Alhaji Ahmed Tejan Kabba thorough recommendation made by the Truth and Reconciliation Commission (TRC). He encouraged President Bio to save Sierra Leone from international embarrassment.

In his statement, Founder of the Christian Lawyers Centres (Legal Link), Lawyer Rashid Dumbuya maintained that this initiative would transform Sierra Leone and described the launching ceremony as a milestone in the struggle for human rights in the country. He said on December 10th every year is the International Human Rights Day to remind states and leaders on their commitment to enhance human rights for all.

He discussed that the Christian Lawyers Centre seeks to protect the human rights of the vulnerable and spoke about their spiritual mandate in the organization because according to him, God is the Chief human rights defender of every mankind on earth. Mr. Dumbuya made it very clearly that the company was registered and licensed by the Government of Sierra Leone to undertake their activities adding that it was established to fill the gap between the privileged and the less privileged and emphasized on the lack of respect and protection of the fundamental human rights of vulnerable people in Sierra Leone which he described as a post conflict country. He further discussed that there is an absolute gap in terms of legal link between the rich and poor.

With The Influx Of Suspected Terro...