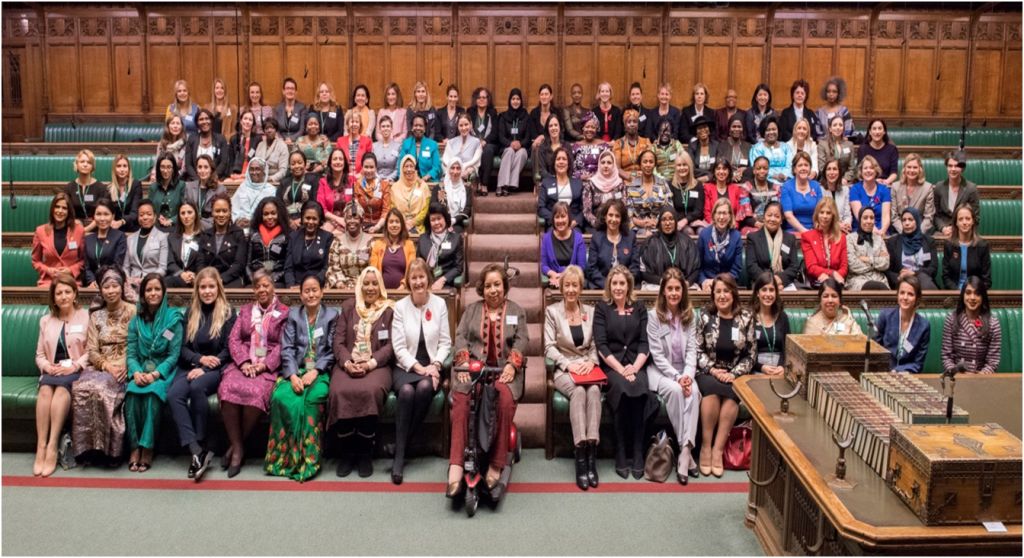 Independent Sierra Leonean MP Hon. Emilia Loloh Tongi has returned from the Women MPs of the World conference of female Parliamentarians in London to mark the 100-year anniversary of legislation which first gave women in the UK the right to vote.

Hon Tongi represents constituency 001 in Kailahun district, Eastern Sierra Leone. She is one of only 17 female Members of Parliament, out of a total of 132 seats. Her participation at the Women MPs of the World conference was supported by the UK in Sierra Leone.

The low representation of women in Parliament worldwide was one of the key issues discussed at the global conference.

UK aid worked closely with the Sierra Leone government and civil society partners during the 2018 elections to support the political participation of women. This included: targeted civic and voter education to empower women to vote; efforts to help break down stigma around electing female candidates in online and print media; support to hosting a televised debate of female candidates; and, following the election, induction training to newly-elected MPs and female councillors.

Mary Hunt, the Head of UK Aid in Sierra Leone said: “The UK was proud to host this historic conference celebrating female MPs from around the world, including Hon. Tongi. Getting more women into politics gives a voice to women and girls, creates female role models and leads to legislation and work which tackles gender inequalities and discrimination.”

Hon Emelia Loloh Tongi said: “it was a wonderful event. I learned a lot of things – strategies and techniques – how to sensitise those wanting to join the political arena. Sensitisation should start from schools, encouraging young girls, bringing parliament to the schools. This is where debates starts.”

About UK aid: UK aid, (delivered through The Department for International Development), leads the UK’s work to end extreme poverty. We are tackling the global challenges of our time including poverty and disease, mass migration, insecurity and conflict. Our work is building a safer, healthier, more prosperous world for people in developing countries and in the UK too. For more information about UK aid, visit: https://www.gov.uk/government/organisations/department-for-international-development/about