Over half of Sierra Leone’s population food insecure 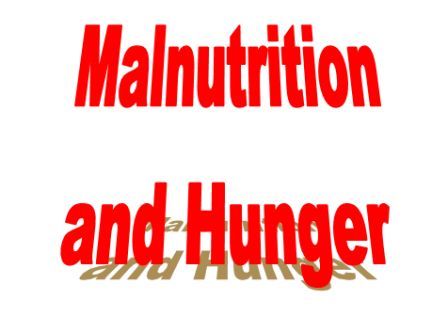 Over half of Sierra Leone’s population food insecure

The Director of Nutrition at the Ministry of Health and Sanitation (MOHS), Aminata Shamit Koroma, has said that nearly half of the population of the country is food insecure in the sense that most people in the country lack access to liable and nutritious food which she said is not good especially in terms of the well-being and the development of the nation.

Ms Koroma was speaking at an advocacy meeting in Parliament where she also stated that stunting is among the most prevalent issues in the country that they in Health Ministry are trying to fight.

Stunting is the impaired growth and development that children experience from poor nutrition, repeated infection and inadequate psycho-social stimulation.

Over 300, 000 children under the age of five are classified as stunted according to the 2017 Multiple Cluster Survey (MICS).

According to Koroma, those children are not growing to their full potentials and too short for their heights.

“We have over 60,000 that are severely malnourished and at risk of deaths…all of which adds to the mortality in the country, and over a hundred thousand are underweight. So our figures are not looking good. We are working hard but we are not where we should be,” she said.

In 2005, 40% of the children under five were stunted, she said stating that we are now at 26% of children under five as stunted. According to the MICS prevalence data on stunting, Koinadugu, Kambia, Kailahun, Bo and Moyamba accounts for over 30% stunted growth for children under five, Kono and the Western Urban Area have registered 19.4% stunting and Western Rural is 15.5%.

“We are talking about one million children under five. It’s very high. It’s not acceptable and we all have to join hands and work so that we can reduce this problem. We want to see below 20% but then we want to see below 10% because we don’t want to see any child in this country that is malnourished as it is not fair to the child,” she said. Factors affecting stunting, she said, are poor household food security. As the household level, there is not enough nutritious food to go around.

On stunting and why it matters, she continued, is because after a long period of time, the first 1,000 days, which is the window of opportunity, it is very difficult to reverse whatever might have occurred especially with the development of the brain. “And this is where we need to pay attention, because we don’t want adult that do not have the brain capacity to where it is supposed to be.”

Stunted students can’t pay attention in class because they suffer illnesses that affect the educational level in the country and ultimately as an adult will reduce their earning capacity.

She also disclosed that there is an increase of non-communicable diseases in adult life and that is on the rise in the country,” we have to work fast because we are talking about the double burden of under nutrition and malnutrition.

Good nutrition is the key to mental and physical health and that is why a balance diet is needed as it is important for good health for everyone. Director Koroma said that the type and amount of food that we eat affect the way we feel and how the body works.

“Right now we know that non-communicable diseases are on the rise, hypertension, and diabetes, obesity in the country. That is why food security is a must, so when all people at all-times have physical, social and economic access to sufficient, safe and nutritious food it will be a good,” she said.

A stunted woman is more likely to give birth to an undernourished baby with low birth weight and if that baby does not get the required nutrient it continues and this is what they called intergenerational and that cycle needs to be broken, Koroma said.